The Unknown: The Bravery - Cowards 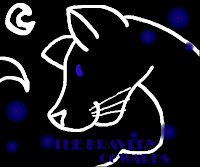 I may be the only person who prefers the original version of The Bravery's Sun and the Moon to the new re-produced ultra uber spectacular polished tight-fitting version. To me the first version sounded more natural...more like the band's first album. The new "glitter" version sounds like the dorky guy in math class who keeps offering to do the prom queen's homework. You want to say "Stop it!...you're trying too hard." Maybe it's because, to many, The Bravery are the dorky guy in math class. I can't believe how many people think this band just all out sucks. But three albums in...they're hanging on...and honestly, making some damn good catchy music. If you don't think so, take a listen to their B-side collection.

Here is The Bravery - Cowards:

Posted by acompleteunknown at 11:25 PM

Email ThisBlogThis!Share to TwitterShare to FacebookShare to Pinterest
Labels: The Bravery