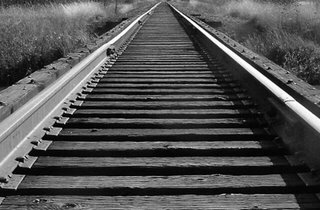 Q magazine just published the 500 Greatest Lost Tracks of all time. Included are songs like "Breathe Me" by Sia (which was wildly played all over the radio all year long) and Led Zeppelin's "Traveling Riverside Blues" (who hasn't heard that song?). If you're going to do something like this and call it the greatest Lost Tracks...at least stick to B-Sides and non-album tracks...and don't list readily available songs.

So I've made an attempt to try and make a true Lost Track list. This is by no means definitive...nor the best. I've tried to come up with the 11 rarest most sought after tracks that have been searched for in recent years...

1. Butterflies - Foo Fighters (probably the best song that wasn't on the first Foo album. This song was heavily booted before the album's proper release. Strangely still one of the strongest tracks they've ever done.)
2. Big Bottom - Soundgarden (released on a live EP that was never officially released. Best part is hearing Chris Cornell bust-up laughing halfway through the track.)
3. Hadda Be Playing on The Jukebox - Rage Against The Machine (featured in the middle of every live show. A musical poetry endeaveor never made it to CD and only pops up as a live track on a live Japanese EP)
4. Diary of a Lovesong - A Perfect Circle (Only available as a live bootleg, although many claim to have the recorded version, Cure's Lovesong mixed with Diary of a Madman. Can Maynard do no wrong?)
5. Love Will Tear Us Apart - The Cure (Recorded on a live radio broadcast. Robert Smith's tongue-in-cheek performance is brilliant.)
6. Crash Diet - Guns N Roses (Maybe the best song never re-recorded by JD Salinger of rock bands.
7. I've Got A Feeling - Pearl Jam (original b-side on their first single. When they broke big, the label re-released the single with the Beatles' cover missing. Never to be re-released.)
8. Divine And Bright - Earth and Kurt Cobain (you can find this used for a pretty penny. But probably the least know Kurt Cobain vocal track out there)
9. Living Without You - Weezer (The most talked about song to be featured on their 5th album never made it to the final track listing. It would have been the best song on the album.)
10. I Don't Wanna Know If Y R Lonely - Green Day (The b-side that never made it to Shenanigans might be the best Green Day b-side of all time...or at least one of the most rockin'.)
11. Purest Feeling - Nine Inch Nails (Sorry, Trent. Reznor in pre-NIN mode is quite excellent in an extremely cheesy campy way.)
Posted by J. Paul at 10:42 PM 4 comments:

The 11 Best Songs By America 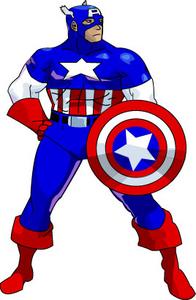 The first time I ever heard the band America, I was sitting in a doctor's office waiting room. About an hour earlier, my brother stuck a chocolate peanut in his nose and my mom had to take him to the doctor to get it surgically removed. It didn't help that I was the one who dared him to do it. Now, it may seem like he suffered having to have cold metal steel instruments inserted into his nostrils but I was te true victim that day. While I was sitting in the odd smelling waiting room stuck with nothing but six-month-old copies of Highlights with the pages stuck together, America came on over the office speakers. It was their newest hit..."You Can Do Magic." Being the first time I heard their soft rock gooiness, I didn't realize this was their Journey-ified new sound. It was instant love...that was until the song ended and then mysteriously started up again. Still, listening two times in a row was okay. But then three times and four..five...six...the song was replaying over and over for the entire hour I was sitting there. It was torture. And what made it worse was that I couldn't do magic! The song was taunting me and there was nothing I could. I tried to get away but it was playing in the halls and the bathroom. I tried to tell the receptionist but she gave me a lollipop and told me to scram. Remember the days when people used to say scram? Finally, my mom saved me and took us home. But God was out to get me that day...when we got in the car, the damn song was playing on the radio. It wasn't until 20 years later I gave America another chance. I've been a muskrat lovin' fan ever since.

Here are the 11 Best America Songs: 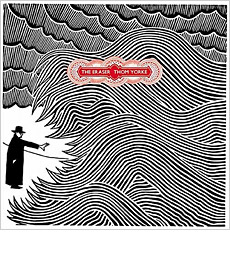 So after weeks of collecting votes from friends, enemies and you, my faithful readers...I have tallied the 111 top vote getters for albums released in 2006. A very surprising list: Thom Yorke proves he doesn't need a band. TV on the Radio, Decembrists, and Hold Steady prove that they are the real deal. Yo La Tengo, Sonic Youth, and Tool show that age means nothing. Arctic Monkeys and Band Horses are the best of the freshman. And, Bob Dylan confirms that he still one of the greatest of all time. 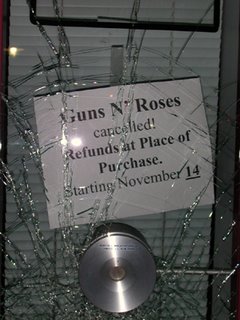 I figure what better way to prepare my readers for my Top 111 list (THERE'S STILL TIME TO VOTE!!) than to give out a prediction of the most anticipated albums for 2007. Most of the time, anticipated albums tend to be major letdowns (Duran Duran "Astronaut"). Other times they are magic gems that are well worth the wait (Brian Wilson's "Smile"). At the end of the year, the top 11 will more than likely look very different but going into the year, here's what we have to look forward to.

1. Guns N Roses - Chinese Democracy (March 20, 2007) - In 1991, when GNR released their last album of original material one of the publicity posters said..."Guns N Roses will release no album before its time...It's time!" Well, 16 years later, it appears the time has actually come again. But we've been duped before. According to GNR's ex-manager, the band has about 3 days of recording left (which in Axl years could mean 3 months) ...so the light at the end of the tunnel is actually visible, but how far away is it really? It's kind of like the hallway in Poltergeist that keeps growing the farther you walk through it. But even in the movie, the character eventually reached the end. Will 2007 be the year Gunner fans are equally lucky?

2. Linkin Park - The ---- and The ---- (Summer 2007) - The only true survivors of the rap/nu metal scene are set to release their third official release after years of legal battles and revolving producers. Along with GNR, these two releases may finally reignite the collapsing rock scene. Or they could both be collasal flops and we'll end with four more years of Fergie and Ashlee Simpson.

3. Smashing Pumpkins - Smashing Pumpkins (May 2007) - Is it really a reunion when only two original members are present? Billy and Jimmy also recorded together in Zwan. So is this a Pumpkins reunion or a Zwan reunion? And why hasn't Zwan's second album ever been released? Well, either way, if this albums sounds anything like Zwan it'll at least be worth the listen. If it sounds like the last official Pumpkins album, it should have a few hidden gems. If it sounds like the bootleg album or Billy's solo album...then we're in for a serious hurtin'.

4. The Pixies - The Black Album (Fall 2007) - Even though they swore it wouldn't happen, it's happening. After three stellar years of touring and putting on some of the best live performances of any band out there, the Pix's have gone back into the studio to record an album of new material. Everyone can't wait for this to happen. Chances are it'll be about as good as "Bam Thwok." Then, everyone will wish it never happened.

5. Bright Eyes - Cassadaga (April 2007) - In 1991, GNR believed in their hype too much and released two albums of bloated material instead of one album of rock solid material. Connor Oberst and Bright Eyes made the same mistake in 2005. Luckily, it seems BE has recovered a bit faster and are already set with an EP of B-sides in March and a full-length in Spring. The emo kids will be dancing in the streets.

6. Radiohead - Gibberish (Fall 2007) - Thom Yorke kept his rabid fans at bay last summer by releasing a surprisingly good solo LP and EP of B-sides. But can the extremely humble lead singer find some ego and make the same gold with his band. The new material played on tour waivers between Ok Computer and Hail To George Bush...so if that's any indication, it should be very well received.

7. Satelite Party - Kinky (Spring 2007) - Perry Farrell's newest endeavor promises to be unique. His latest band (if you can call it that) features uber stars from the world of alternative rock...New Order's Peter Hook, RHCP's Flea and Jack Irons, and apparently Jim Morrison...seriously. As long as it's not a let down like the last Jane's album or horrible like the Panic Channel's album...then it should be worth checking out.

9. Green Day - Canadian Hoser (Fall 2007) - After American Idiot, Green Day went from being bubble gum pop punk to a legit rock legend. They recieved props from long time fans, to indie cred, to a Grammy nod. That's hard to do with a single album. Following it up will be hard to say the least...but that doesn't mean we're not excited to hear it.

10. LCD Soundsystem - Sound of Silver (March 2007) - Two years ago the band (really one guy) not only put out the danciest song of 2005...they put the top two danciest songs of 2005. Will this fusion of punk and electronica make an equally large dent? In our opinion, it's going to be bigger.

11. Arcade Fire - Neon Bible (Feb. 2007) - The most awaited album in the hipster world. The band that recreated the Bowie/Talking Heads movement, causing every new indie band to sound like them. Hopefully they sound as fresh as their first album and not like a copycat as everyone else.

There's still time to submit your top twenty albums to be included in our Top 111 albums of 2006. Right now we have over 300 albums receiving votes but there's no way this list can be complete without your participation. Just post your top 20 in the comments section...or email me. It's that easy. In return, I'll post a rare Kurt Cobain song when the list is published...deal?
Posted by J. Paul at 7:30 PM 1 comment: