Instead of a rant or a little story that quietly refers to the music I'm blogging about...today, I have a question for you.

What is more influential...more memorable: an album or a band?

(example: Nirvana or Nevermind...Guns N Roses or Appetite for Destruction....The Cure or Disintegration)


Used CD stores are killing the music industry. It's a bold statement. Most people want to blame greedy college kids in dorm rooms for bringing down the sincere music exec's salary by downloading millions of songs illegally. But there's one problem with that theory...which I've repeated many times...college kids don't have any money. They can't afford to buy albums anyway. If a kid has $20 in his pocket, he can only afford to buy 1 CD. Even though he may sit in his dorm room and download every seattle grunge rock album, that doesn't mean he had the money to buy that music. Granted, I'm not trying to say it's legal...it's still not legal...but that's not what is causing the downturn. The downturn is coming from the used CD stores.

Why you ask? Used CD stores put a value on a CD. In a regular music store...all music is the same list price...or relative of that. But in a used CD store...the prices fluxuate based on demand. The new Jakob Dylan album...though only a couple of months old was selling for a meager $4.99...while Bob Dylan's "Oh Mercy" was selling for $11.99. Both used. Bob's album is in fact selling for more "used" that it is new in most retail locations. Here's where the problem lies. Used CD stores are the way station between retailers and the internet. Though the money doesn't go to the muscians...they keep certain albums in circulation. Once the Used stores try manipulating the market for financial gain...it will just the customer to other forms of purchasing (or stealing) music. People go to Used CD stores for an alternative. But if the alternative is less satisfying than the retailer...it's going to turn off music buyers completely.

Pre-Order The Cure's new album...4:13 Dream.
Posted by acompleteunknown at 9:58 PM No comments:

I often get emails why I don't include new songs on the "best of" lists. The whole point of the site is to take a look back at the bands (that I like) as they are on the cusp of a new stage of their career with a new release. Lots of times, it's hard to really feel where a "new" song deserves to fall until you've listened to it a few dozen times...then take a break from it...then come back to it. Usually, initial listens don't do the song justice. If you're really excited about a new release, you tend to fall in love rather quickly...wow, this is the greatest song ever!! But after the novelty wears off...I've found myself almost embarrassed that I liked the song to begin with. Other times...I've hated new songs only to find myself a few months later digging through my boxes of CDs because I can't a certain tune out of my head. Hope that makes sense.

Barring anymore delays...the new Cure album should hit stores next week. One of the best parts of the Cure's career has been their vast depth of B-sides. The Cure's b-sides have never been cute little additions to CD singles in hopes of getting you to shell out another 5 bucks for a song you already own. The Cure's b-sides are more like extensions of the album. Taking the sound of the band at that moment in time and expanding out....testing the waters in ways that sometimes were too limiting on the constrictive nature of the album. I honestly can't think of Disintegration or Wish without thinking about their b-sides. Maybe this is why the Cure chose to honor their b-sides with a proper box set release (Join the Dots). If you don't have it...get it.

(I honestly couldn't choose between the last two songs...I rarely do this...but it's a tie. Which one is your favorite?)

Buying Halloween costumes for kids is harder than buying a new car. Both take months of research. Looking up ideas online...getting expert's opinions...finding out which one is the least likely to spontaneously burst into flames. Once you decide on the make and model you want to be...then comes the legwork. Then comes the actual shopping. Going from store to store to find out if they first have the costume you're looking for...finding out if it's the right material...the right color...the right features...then finding out if it actually fits! And once you get all that done. Once you have all the ducks in a row, quacking...or screaming...take your pick...then you have to hope that after you purchase the "all sales final" costume that your kid doesn't go home and turn on the TV and decide she wants to be something else.

Email ThisBlogThis!Share to TwitterShare to FacebookShare to Pinterest
Labels: AC/DC

The 11 Best Songs By The Dears

I'm not sure what to think of the Dears. To me, the band has always had more potential than punch. Maybe it was because I always confused them with TV on the Radio...or maybe it's that I'm always waiting for them to deliver that knock-out album slathered to the brim with sugar-coated Morrissey-influenced tunes. But they always fall short, shining through on a couple of songs then spending the rest of the album running around like a blind cameraman...without focus. I have yet to listen to their new album and am hesitant to do so. Usually I would run out and buy the album the day it comes out. (I always do this for bands I like...yeah, yeah...I still pay for most my music) But part of me is afraid that it will be a letdown like their other material. Until I make the decision whether the purchase will be worth the gamble on my wallet...

Here are the 11 Best Songs By The Dears:

Buy The Dears new album - MISSILES
Posted by acompleteunknown at 5:41 PM No comments:

Email ThisBlogThis!Share to TwitterShare to FacebookShare to Pinterest
Labels: The dears Here's a question: Would Bon Scott be for or against digital downloads? Hard to imagine that guy was against anything as long as he could party. Part of me is skeptical of AC/DC's stance against digital downloading since they make "albums" not "singles" when they've made a career by having some of the most successful rock radio singles of all time. But their albums sales continue through the roof...so at the same time, it's hard to argue against them.
And I'm not about to tempt fate with some AC/DC mp3s...but they can't stop me from doing a list.
Here are the 11 Best AC/DC Songs (Bon Scott):
1. Ride On (Dirty Deeds Done Dirt Cheap)
2. Highway To Hell (Highway To Hell)
3. TNT (TNT)
4. Rock N Roll Damnation (Powerage)
5. If You Want Blood, You Got It (Highway To Hell)
6. Sin City (Powerage)
7. It's A Long Way to the Top (TNT)
8. Let There Be Rock (Let There Be Rock)
9. Up to My Neck In You (Powerage)
10. Big Balls (Dirty Deeds Done Dirt Cheap)
11. Whole Lotta Rosie (Let There Be Rock)
Buy Ac/Dc's new album...BLACK ICE...at midnight!!!
Posted by acompleteunknown at 8:56 PM 5 comments:

Email ThisBlogThis!Share to TwitterShare to FacebookShare to Pinterest
Labels: AC/DC 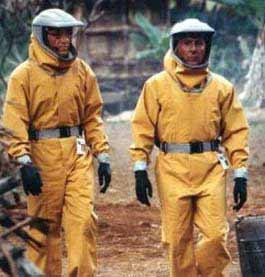 Each era represents a sharply different sound for the band...the early material harkens back to a darker gothic style born out of the post-punk of London's underground...while the later material finds the band perfecting their pop sensibilities. This isn't to say that one is better than the other...but that they are just vastly different and each deserve their own list.

In the 70s, the Cure set off on their own path by layering their own music with emotional mood rather than the typical raw angry emotion of the waning punk scene. If you listen closely to Smith's vocals in the early days, you can hear the perpetual punk pang honed by Johnny Rotten, which sounds more like he was shouting orders rather than the crooning of their predecessors. In these days, even though he emulated some of his punk commrades, it was Smith's rich textured voice that set him apart...it was the emotion tank that was deep in the back of his voice that would eventually carry his music through 4 decades...spanning a longer musical career than any of his peers.

Though the Cure is best thought of for their dark brooding material, in all honesty, it's their more lively energetic songs (Primary, 10:15, How Beautiful), where the band truly excels.

Like the Travis disc...the Cure's new album has also been pushed a couple of weeks...so the second part of this list will surface around that time.

Pre-Order the Cure's new album...4:13 Dream to be released on October 28th.
Posted by acompleteunknown at 7:25 PM 1 comment:

The 11 Best Songs by The Streets

Email ThisBlogThis!Share to TwitterShare to FacebookShare to Pinterest
Labels: The Streets

Indie Rock was created in the 90s...though the punk movement really started it in the 80s, it didn't get it's own name tag until alternative rock went mainstream...then they needed something to describe the alternative to the alternative. Indie rock became the triple AAA league of rock and roll. Many bands paid their dues on small labels, generating a fanbase on the college charts before jumping to the radio syndicate. Nirvana, Nine Inch Nails, Modest Mouse, The White Stripes, Tool, Soundgarden, Green Day, The Offspring, Death Cab For Cutie all started on the indie rock scene. Earning clout from pretentious college rock music directors (I should know, I used to be one), was the equivalent of taking the prom queen to the homecoming dance. It was unmistakable cool credit and meant an instant ticket to the big dance.

Now, rap music faces the same problems that rock faced. The mainstream has grown dull and generic. The underground scene is growing a crop of unbelievably talented rappers, who have been praised for years by the college radio music directors. Will these highly respected rappers lose credibility when jumping to the mainstream...will they be accused of "selling out?" Or will they revolutionize a fading genre in desperate need of changing.

Murs, who is possibly one of the best rappers out there today makes his maor label debut on Sony (of all places) this week. Let's hope we see more artists like Murs getting their due...and less L'il Wayne.

Buy Murs new album, Murs For President. He may be the best candidate running!!
Posted by acompleteunknown at 8:08 PM No comments: