Right now the world is talking about 3 things:The Simpsons movie - woohoo!, Lindsay Lohan's fun-filled Monday night (who gets drunk on a Monday night?), and the Presidential debate on Youtube. As cool as it seems like having the general public asking the Presidents questions...it's still the general public. These are the people who helped the movie "Wild Hogs" earn 200 million at the box office. Are these really the people you want to ask questions of the next person to run the White House and the most powerful job in the known universe? Do you really think they understand the delicate situation in Darfur or just think it was a funny name on a John Lennon tribute album? That's not a trick question by the way. If you really want to include the general public into the Presidential process, then maybe you should consider something novel like...letting everyone vote for the next President. I can't remember the last time we were able to do that.

All broken links should be fixed...sorry about that!!

Buy Garbage's new greatest hits package...Absolute Garbage with the bonus remix disc...it's fantastic. No really, the remixes are quite fantastic.
Posted by J. Paul at 1:11 AM 6 comments: 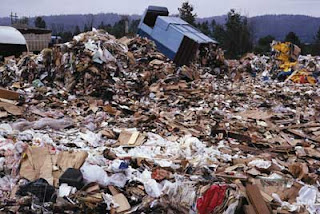 Every once in awhile, the TV industry does something smart. This season, instead of canceling the failing shows and shoving them up on a shelf somewhere, they took the remaining episodes and aired them at the very end of the TV season...giving fans one last chance to enjoy the show that they were merely tempted with. Both "Studio 60" and "Standoff," two shows that were better than their ratings gave them credit for, were among the shows that were given new life early this summer. Many times, TV producers put good shows in terrible time slots and can't understand why they didn't take off. Jericho aired opposite of American Idol. Of course it's numbers were down. Even though the American Idol fad is still beyond me. Don't people realize it's just a remake of Star Steach? What's next...a Solid Gold remake?

The makers of TV shows need to do a better job of picking shows the audience wants to see. Why not let the summer audiences watch the failed pilots...if one has a positive reaction...then maybe it deserves a 2nd life....or would that be too smart of a thing to do.

Other live songs from London....

After months of nominating...months of voting...and a special thanks to our sponsor Emusic...the winners are finally here!

Visit Emusic, where you can get most of these bands for free- just click the certificate!

Here are the results for the 2006 Music Blog Awards. Congrats to everyone who won!

Today my daughter turns two. And to celebrate her birthday she gets an entry dedicated to her. Yeah, yeah, get back I'm the father of the year. As an obvious audiophile I've been shoving music down her throat since she was born. She has liked some music that I love (Bob Dylan), she has liked some music that I didn't think she would like in a 100 years (Matisyahu). She dislikes some music I thought she would like (Jack Johnson) and she has disliked music that was God awful to begin with (Hinder...he he he). I expect I only have about one more year to force my musical choices down her throat, so I have a long and hefty year ahead of me full of prog rock, grunge, and Radiohead.

The new Bad Religion CD (New Maps of Hell) is getting terrible reviews. And I have no idea why. Okay, so it's not Stranger Than Fiction or even The Empire Strikes First. But I read someone saying that it's worse than The New America. That's just cold-blooded. I bought the album thinking it was going to suck but at the same time I felt compelled to support the band. But the truth is, I think the album is pretty damn good. It's more of a straight-forward punk rock album in the vein of Generator or The Gray Race. And don't groan when I mention those albums. Have you listened to them lately? I did a BR retrospective before this new album came out. Started with Generator and listened straight through their later catalog. I was surprised how much more I liked The Gray Race and even was mildly rocking through No Substance. New America still sucked...but hey, you can't win them all.

Speaking of No Substance, when the album was released they had a promo, giving out a free B-Side album. They used the very clever title of "Limited Edition CD." After the NS run, the album disappeared from the public...until now... 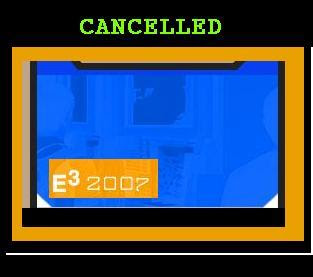 This week the video game spectacular E3 rolled into town. For those of you who don't know, E3 was this giant video game event where every video game company in the world descended to peddle their new material for the coming year. In years past, there have been roughly 2,500 consoles where a lucky few were permitted to play some of the hottest games, months and even years before the general public. Some companies spent upwards of a million dollars on their exhibit. Tony Hawk had a full half pipe for Pro Skater. For the Scarface game, the company built a life-size version of the staircase from the finale of the movie. EA built an entire fake stadium and played their sports games on 50 foot high screens. It was an epic display of teenage fantasy. There was nothing else in the world that could match it. For a gamer, it was heaven.

This year, the event has been scaled down. It's in a small airport hanger with about 100 consoles instead of 2,000. I attended yesterday. It wasn't the same. Don't get me wrong, playing video games is always exciting, especially when they haven't been released to the public yet. (That's right...I played Guitar Hero 3. You can touch me for a dollar.) But nothing will beat the true E3s of the past.

This week, The Smashing Pumpkins release their first CD in 7 years. ZeitGeist. And guess what...it's fun...but it's just not the same. But Buy it...please...more Pumpkins demos in your future if you do...

Here are the Reel Time Rock Sessions from 1989:

Tomorrow marks the Second Coming. Well, not for Jesus. For Billy Corgan. Now Billy may think he's Jesus...and it would be hard to debate him on the fact...but sadly, he's not. After two failed post-Pumpkin endeavors (and Zwan wasn't even that bad) Billy has reformed The Smashing Pumpkins with brand new members because the original members are either all dead or were not invited to re-join. I have not heard any songs from the new album and I am specifically waiting until tomorrow for a proper listen. Before that epic moment, today it is time for a recap of the Pumpkins history up until now...

Please buy the new album by The Billy Corgan Band...I mean Smashing Pumpkins. Get an exclusive track when you buy the album here! 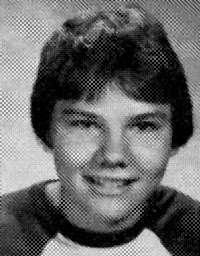 We all know Billy Corgan is one of the most prolific songwriters in the history of rock. Billy has been known to write more songs for the recording of one album than most people write in an entire career. Don't believe me? For "Mellon Collie," it is rumored that he wrote well over 100 songs. You can hear many of the unused tracks on the Pistachio Melody B-Side. In comparison, Axl Rose has released less than 60 original songs during his 20-year-career. Does quantity equal quality? In Billy's case, even his worst songs are better than Hinder's best tracks. Of course that's not saying much. But this is what Billy has been good at forever. Even before the release of the Pumpkin's debut "Gish" the guy had written enough material to fill two full albums. This material has surfaced as the Reel Time Sessions. One session is full of rocking material, much of which would go onto be featured on "Gish." But there was also an acoustic session of all unreleased material.

When listening to this, remember this was recorded in 1989, well before the alternative revolution, at a time where GNR and Skid Row ruled the radio. It's amazing to notice how far ahead of the musical trends the band was. As early and as rough as the music was...it still sounds as fresh and as new as anything on the radio or blogosphere today.

If you buy Zeitgeist now, I'll post the Reel Time Rock Sessions next.
Posted by J. Paul at 3:31 PM 4 comments: 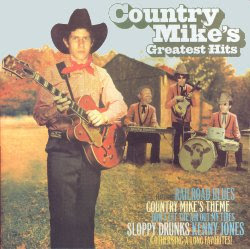 In the year 2000, Garth Brooks and Mike D of the Beastie Boys were caught in a transportation machine made popular by the movies "The Fly" and "The Fly 2." Only instead of turning into a bug, they swapped out each other musical personalities. Garth Brooks thought he was a rock star and went around calling himself Chris Gaines, even recording a rock album under that name. Mike D on the other hand thought he was a country music star by the name of Country Mike. Ad Rock and MCA were so scared that Mike might going on a drinking binge and run over his dog, they appeased him until they could figure out what was wrong with him. So they did what Mike wanted to do, they recorded a country album. Fearing the public backlash, they didn't release it record stores...but only told Mike they did. It wasn't until Michael J. Fox came to the rescue in his flying Delorian were they able to switch Garth and Mike D back. Sadly, they were not able to recover Garth's musical talents and his career suffered because of it.

This sacred country album has remained hidden until now...

Here is - Country Mike's Greatest Hits (in order to download this album...you must buy the Beastie Boys new all-instrumental album, The Mix-Up. If you do not do this, Garth Brooks will be sent to your house where he will live with you for 30 days. Please note: that Garth is not housebroken.)

Since "Country Mike's Theme" and "Railroad Blues" are available on the Anthology as well as for purchase individually on iTunes, I have left those off. You can buy those yourselves...it's called compromise.
Posted by J. Paul at 2:27 PM 4 comments: