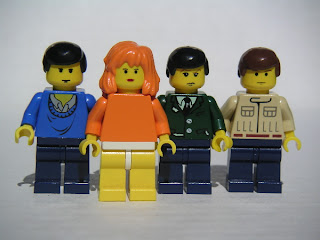 I wanted to do a list of the best actors turned rock stars...but my choices were limited. Besides Rilo Kiley singer Jenny Lewis, the pickings are slim and none-to-good. There's Phantom Planet. But they're not good, they're just not terrible. Johnny Depp was in the band P (although they were actually pretty terrible). Bruce Willis, the Bacon Brothers, and Theo Huxtable have all journeyed into the world of decadence...all with mild success. I guess, I could list all the Nickelodeon stars that have dominated the pop charts (Raven, Duff) but again I'd be better off selling my ass for quarters on Hollywood Blvd. (been there done that) So I've opted to go very by the book. Tuesday sees the release of the new Rilo Kiley - Under The Blacklights.

The 11 Best Songs By The Anniversary

One of the worst things that can ever happen to you in life is discovering a band on the verge of breaking up. Discovering bands at other times does have its measure of suckage. For example: if you follow a band from the beginning, it's hard to let go when they break up but at least you had a considerable amount of time to get to know them and enjoy them. Also, if you discovered a band after their break-up, there isn't the same sorrow because you knew they were broken up to begin with.

The Anniversary is one of those bands that kills me. I discovered them only shortly after they released their epic "Your Majesty" possibly one of the greatest albums of the emo age. Yes, yes, I'm aware that "great emo" is an oxymoron but there were highlights before the Fall Out Boys and Panicing Discoballers!!?!?! All I remember is listening to YM and thinking to myself, this band is going to have one of the greatest careers and I've discovered them early on!! The next thing I know, they broke up. I was pissed. I actually ran over a homeless man in my car in protest (he's fine now). The break-up was three years ago. Since then, 3/5 of the band reformed as The Only Children. They just released their second album this Spring. It's not the Anniversary, but it's not a bad substitute. In fact, it's one of my most listened to albums of the year. Take that, Chris Cornell!

This week, one of the MIA members (Adrianne Verhoeven) returns to music in the band Art in Manila. It's on Saddle Creek and the band features Orenda Fink...so I mean, come on, how bad could it really be? While we are getting used to a world without an Anniversary reunion on the horizon, all we are left to do is look back...

Email ThisBlogThis!Share to TwitterShare to FacebookShare to Pinterest
Labels: Manila on Fire, The Anniversary, The Only Children 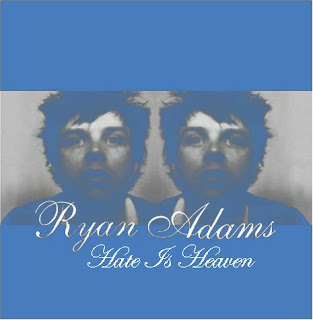 Barry Bonds was a home run hitter long before the famous 73-HR season. He had hit 40+ five times prior to that, including a 46 season early in his career. He also consistently led the league in walks (which always lowers the numbers).
In an interesting comparison, Hall-of-Famer, Tony Gwynn, gained the exact same amount of weight as Barry did at the exact age as Barry and had an upsurge in his his hitting also. Prior to 1997, Gwynn has only had two 10+ home run seasons. But starting in 1997, he went three seasons in a row, hitting 10+ in all three seasons. Does that mean Gwynn was on steroids too...or possibly when hitters age, the natural weight that's gained gives the ability to hit with more power?
And, since it was mostly pitchers taking steroids, that would mean that many pitches would be faster, allowing a good home run hitter greater ability to launch the ball out of the park.
And how would you explain Roger Maris, who normally hit 20 HRs a year, who all of a sudden hit 39 one year, then 61 the next...which is almost exactly the same thing Bonds did who went from 49 one year to 73 the next...
(note: Maris only hit over 30 hr 3times in his entire career. and only once over 40...which was the 61 season.)

Here is the 2nd of 4 Ryan Adams B-Side Albums: Hate Is Heaven

Usually August tends to be a dumping ground for labels to crap out all their minor releases before hitting the major buying season in September. At first glance, this August looks no different. But once you peel back the releases by American Idol rejects and , you'll find this August may actually have a lot to offer.

1. Kayne West - Graduation - If his young folks cover is any indication of what we're going to expect for Senior West, this release is not only the most anticipated of the month but one of the most anticipated of the year. (21st)
2. Pink Floyd - Pipers At The Gates of Dawn (3CD) - The Floyd gets the royal treatment on this 2CD/1 DVD package, remastered and including an entire album of B-Sides. (28th)
3. Rilo Kiley - Under The Blacklights - The first single has mixed reactions. But after the amazing reception of last year's solo album by lead singer Jenny Lewis...there's a lot at stake on this release.(21st)
4. Cake - B-Sides and Rarieties - Cake may do covers better than they do original songs. Just listen to their cover of Barry White's Never Gonna Give You Up. This release is 90% covers. It has to be good.(14th)
5. The New Pornographers - Challengers - Their first release came in with a whisper. Their second release was a critical smash. Their third release was highly anticipated but failed to reach expectations. With their fourth release bring them back to stardom...or will it basically enforce that each member stick to their day jobs. (21st)
6. Talib Kweli - Ear Drum - Hip-Hop is dying. Common's album is the first bright spot in a dormant year. With Kayne and Kweli in August, the times they are a changin'. (21st)
7. Earlimart - Mentor Tormentor - Grandaddy's protege has outlasted its mentor. How will their Central Valley drugged out lo-fi stand-up after a 4-year hiatus? We're all excited to find out! (21st)
8. Art in Manila - Set The Woods on Fire - Adrianne Verhoeven (of The Anniversary) teams with Azure Ray singer (Orenda Fink) for a side project of epic proportions.(7th)
9. Junior Senior - Hey Hey My My Yo Yo - The gayest ( and I mean that in the nicest way) dancing duo returns to prove that the campiness of their first release was no fluke.(14th)
10. Blaqk Audio - CexCells - Davey Havoc of AFI falls in love with a synthesizer and has sex with it...records the sex, and is now releasing it for you to hear.(14th)
11. Northern State - Can I Keep This Pen? - Their last album was flatter than Paris Hilton's....personality. But Adrock is behind the boards on this one. If anything, it has to be better than the new Beastie Boys. (28th)