The 11 Best Red Hot Chili Peppers Songs of the 00s

What interesting about the Chili Peppers that no other band can claim is that they they can replace the guitarist and not effect the overall chemistry of the band.  For all intensive purposes, the Chili Peppers are Flea, Anthony and Chad Smith.  No band has ever had the same amount of rotating lead guitarists as the Chili Peppers and remained a popular/relevant band.  Maybe Fleetwood Mac...  But even if that's the only other band that might compare to the revolving door of musicians...that's some damn good company to be in.  When I think of the Chili Peppers, for some reason, I always wonder if they will make it into the Rock N Roll hall of fame.  It never occurs to me that they've not only been around long enough to already be eligible to be in the HOF...they've actually already been admitted!  Even though the band has lost a bit of its street cred along the way...they've still managed to stay hip.  That's something...not even Fleetwood Mac could do.

The 11 Best Red Hot Chili Peppers Songs of the 00s: 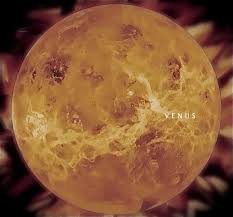 It's been a week now that I've had a chance to digest the new RHCP album.  I was a huge fan in the 80s and Blood Sugar Sex Magik years had everyone dancing.  But when Navarro joined the band they never recovered.  I always gave them a fair listen but nothing ever stuck...except Scar Tissue, which I had no choice but to absorb since it was played about 10 million times the year it came out.  Though Californication, By The Way, and Stadium had moments, none of them recaptured the electricity that BSSM bestowed upon us.  That is until now.  The new Chili Peppers album, I'm With You, is the best album since Blood Sugar.  Now, just know this...this is not the same band that made Blood Sugar.  This is the band that made the past three albums, only this time, it feels like they're finally comfortable in their radio rock skin.  Of course, maybe it's not them.  Maybe it's me.  Maybe I've finally just accepted the sound.  Either way, it's nice not to be disappointed.

Buy the Chili Peppers new album, I'm with You.

Last night's MTV Video Music Awards continued its reign in celebrating mediocrity.  I feel like a broken record as I continue to argue that MTV was much better when it was ground breaking, rather than too scared to take its feet off the ground.  Granted, it wasn't as bad as it had been in year's past.  Young The Giant stole the show in my opinion, considering they were the only real rock band playing at the event.  Jay-Z & Kanye were solid...as was Weezy's performance closing the show.  Wayne's only drawback was the epic amount of profanity he spewed.  Not that the language bothered me...it was just that there were so many bleeps that it almost made the performance unwatchable.  I remember the days when if you swore at the VMAs, you were banned from the show.  Now, I think Tyler the Creator said more profanities than acceptable words, which is just the norm.  Not sure I understand letting Russell Brand eulogize Amy Winehouse. I know he was trying to be serious...but it just seemed like he was doing unfunny stand-up.  And where were the shout-outs to MTV alumni Ryan Dunn, Jani Lane, Clarence Clemmons, or Nate Dogg?  I really don't know what MTV stands for anymore...and I'm not sure they do either.

Here Are the 11 Best Songs By Lil Wayne (from Tha Carter Series):

I don't know what I like more about the Weeknd...is it the fact that he put out one of my favorite albums of the year so far, creating an entirely new genre with his dark heroine sheik beats and angst-ridden croon?  Or, it is because that after his debut album (that he gave away for free) he turned down the massive avalanche of major label proposals to release his second album...a mere 7 months later...again...FOR FREE.

The Weeknd has received rave reviews by almost everyone and has been catapulted to the top of most best of 2011 lists.  This is without a label...and without promotion.  How did he do it?  With great music.  Not even the millions of dollars from Lady Gaga's promotional team could match The Weeknd's ambivalent cool.

It's nice to know a great album can trump a great marketing campaign.

Get the new album The Weeknd - Thursday...now!!  For free.
Posted by acompleteunknown at 9:41 PM No comments:

Email ThisBlogThis!Share to TwitterShare to FacebookShare to Pinterest
Labels: The Weeknd


I recently took a plane trip from LA to Boston and can't believe the overrated service of Virgin Airlines.  Everyone raved about the airline.  It was an all around better experience.  I have to say I was taken in by the sexy music being played when I checked in.  Even the plane had a softer atmosphere when I boarded the plane and was pleasantly impressed by the nice new seats.  But after the initial allure, the ride grew tired and the same old thing quickly.  People want two things when they fly:  to be fed...and to be entertained.  Virgin got a passing grade on only one of these.  Yes, it was nice to have TVs in the back of the seats and the ability to watch movies and TV.  But only the TV was free.  The movies cost $8.  That's more expensive than going to see a movie in the theater.  On the plane, it's on a smaller screen and in a worse environment.  Nowadays, when everyone has movies on their digital devices, why would you charge so much?  I can get it for free...or $8 from you.  Guess which one I'm going to do.  The food thing baffles me.  When people are fed...they are happier, easier to manage, and cause less problems.  The food costs almost nothing.  But instead of making people feel special...now they're charging $9 for a crappy turkey sandwich.  It's this kind of nickel and diming that the music industry did to customers that just killed them.  There are not a lot of free options to the airlines...yet.  But there's no better way to make customers figure out a way around flying than to piss them off.

Here are the 11 Best Songs By Cansei De Ser Sexy:

This past week I took a vacation traveling the New England states on a needed vacation.  Besides being my first trip to many of these states and enjoying a "must-see" part of the US, I also tried out my Spotify mobile account for the first time.  It was a surreal experience literally having control of hearing any song I wanted at a moment's notice.  The possibilities were literally endless.  So, what did I take the most advantage of listening to?  Collector's Editions.  All those remastered albums with unreleased discs of b-sides and live tracks.  Most of these were the albums I wasn't willing to shell out $30 to re-buy an album I already had just to hear some songs that weren't good enough to make the album in the first place.  It was like opening a secret treasure chest that you found hidden up in your grandparents attic.  Though not every song was a winner, I felt a sense of victory knowing that I wasn't married to any of these tracks.  I had the freedom to disregard them any time I wanted...and re-listen with the same freedom.  There was one album missing for the search.  Pavement's much needed expanded edition to Terror Twilight.  With four down...it just seems cruel to make us wait for the final album.  And Pavement expanded edition are far superior to any others.  Let's hope after this solo outing...Malkmus helps gets us the TT special edition we deserve.

The 11 Best Songs By Warrant

When it came to hair metal, Warrant seemed to be the butt of many jokes.  They were the epitome of the stereo-typical hair metal 80s band.  They had the cheesy songs...but they still managed to have the big hits.  They had the big hair, the leather, and the hot girl in the video.  Their songs were loaded with sexual innuendo and cliches about unrequited love.  But despite the rolling of the eyes when their name is mentioned in hipster company, the band had a strong handful of hits that remain perfect examples of that signature 80s sound.

Jani Lane died this week.  Lead singer of an 80s band that never received any respect.  Yet, this is a band who sold more copies of their first two albums than Amy Winehouse sold of her first two albums.  I'm not saying that one is better than the other...or even that album sales mean anything...but it does shine a little perspective on it.

Here are the 11 Best Songs By Warrant:

Buy Warrant's catalog...now!!
Posted by acompleteunknown at 10:59 PM No comments:

Expectations are high when two of the arguably best rappers in the game team up for a collaboration album.  If this isn't at least the best hip-hop album of the year, it'll be a disappointment.  For years, Kanye has complained about being snubbed for the Grammy of the Year.  Right now, there is very little that stands in the way of My Beautiful Dark Twisted Fantasy and Album of the Year.  Lady Gaga??  Maybe...  Beyonce?  Doubtful.  Honestly...the album that has the best shot of unseating Kanye is Kanye.  Watch The Throne may not be what the world is expecting.  It's definitely different after a first couple of listens.  But when you have two powerhouses delivering the goods...it's sure to turn heads and some votes.  Maybe Kanye should have waited a month to release it.  But knowing Kanye...he doesn't avoid challenges...he take them all on.

Yesterday's big news about The Smiths having their songs turned into a comic book, left me with mixed feelings.  Of course, every time there is news about the Smiths, it's always a good day...but the more I thought about it, I became a little concerned.  I know it's "based" on Smiths lyrics...so are these little short stories or is this going to be an ongoing epic about Super Morrissey:  A mild mannered British lad with an affinity for crooning and inspiring Latin culture?  But the Smiths aren't the only ones jumping on the comic book trend.  The Hold Steady, Tom Morello, and Madonna all have comics in the works.

I feel the same about solo albums from band members as I do when I hear this comic news.  I'm excited to hear any news about my favorite band...but am usually letdown when I actually sit down to listen.  Mathieu Santos of Ra Ra Riot actually bucks the trend with a solid solo album.  But he's the exception...not the rule. That applies to other solo albums even within his own band.

Here are the 11 Best Songs by Ra Ra Riot:

Today, MTV turns 30.  I spent a lot of years of my life sitting in front of the TV absorbing the mind-numbing awesomeness of MTV in the 80s and 90s when they still showed videos and knew how to have fun.  A very surreal moment to see this young hip cultural icon step into middle age.

I'm not sure what I'm more troubled by...the fact that MTV is spending the day playing a 16 and Pregnant marathon...or the fact that I have to watch VH1 classic to see the best of MTV.  What's even worse is that in the hours of programming featuring MTV's best moments...they have yet to show one video.

Here are the 11 Best Music Videos of all Time:

5. Pearl Jam - Do The Evolution

Posted by acompleteunknown at 11:17 PM 2 comments: