Why do we watch bad movies? You rent a bad movie thinking that there's something about it you like. Actress, Director, even just a cool title can tilt your decision to sacrifice a night in the favor of this cinematic entity. Getting sucked into watching a bad movie is one thing...but why do we keep watching? After 15-minutes, we pretty much know that the show is either good or a waste of our hard earned salaries. So why do we keep watching? We've already flushed the $4 down the toilet, not to mention canceling much better plans... so why do we stick with this cinematic road kill knowing that the time we spend watching will never be returned to us? It's like we think if we stick with the picture that it will somehow turn into the epic we hoped for. But deep down inside...we all know that will never ever happen. Never. Why throw away a perfectly good hour of our life? We all know it's the wrong choice. We all know if we click the "off" button, we'll all be much happier. But maybe it's in our nature to never give up. That if we stick with something that sucks, when we get the prize at the end of the tunnel, that the victory will be that much more glorious. Or maybe that's just what we tell ourselves.

Buy the absolutely ridiculously awesomely new Mars Volta - The Bedlam in Goliath (and get 2 bonus tracks).
Posted by acompleteunknown at 5:19 PM 2 comments:

The 11 Best Songs By The Drive-By Truckers 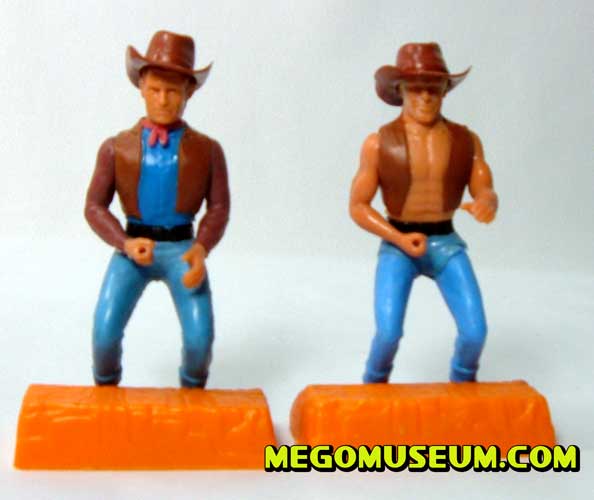 Growing up in a small town teaches you one thing. God and country music go hand in hand. It's like hot dogs and fat people. Friday Night Football and Sunday morning church. Elvis Presley and underage girls. Certain things are tied at the hip and truly one hundred percent American.

I was once at a high school party and someone was blasting the new Garth Brooks CD. Of course this was the early 90s...so it was probably the only Garth Brooks CD at the time. I made a comment that single-handedly offended every single person in the room. Not only did this comment offend them, it basically made me an outcast. See...the thing is, I came up with a comment that not only degraded country music...it also offended a group of upstanding Christians who were drinking beer and having sex. Here's what I said...

"If God existed, I don't even think He would listen to country music."

Over the years, I've found a better appreciation for country. I don't necessarily believe what I said before. Pop country is still garbage...and I hope there is a God who punishes anyone who makes or listens to it. Because, if that were true, then that is a God that I would worship.

Buy the new DBT CD (Brighter Than Creation's Dark) here...and get a free t-shirt!!!
Posted by acompleteunknown at 6:46 PM 2 comments:

11 of the Best of the Daytrotter Sessions

A few weeks ago, I Tivo'd the movie Guns of the Navarone. I just watched it this weekend. It's a great WW2 movie. One of those movies I always knew I should see but never actually made the effort to do so. But I've been burned before with movies. I can't tell you how many times I've rented a supposed classic only to be severly disappointed. So when you get the chance to watch something special and be blown away by it, it's a great feeling.

The same goes for the website, Daytrotter. This is one of those sites I should have been following years ago....well, 18 months to be exact. It's easily one of the best music websites on the internet. Yes, even better than mine. Every week or so, the website features an artist. The do a very verbose background on them and follow it up with a rather enjoyable interview. To top it all off, each feature comes with an exclusive MP3 studio session. Usually these are alternate takes of tracks from a recent album but other times, the artist will throw in a cover or an unreleased track.

Over the past 18 months, the site has accumulated about 70 or so features, focusing in on some of the hottest indie bands. Many I've never heard of...and now I'm a huge fan. I've spent the weekend digging through the website. It would take a good month to digest everything on here...so below is my first pass. I didn't include any of the MP3s...instead, every link will take to the artist page with the feature, interview and studio session.

Go explore and discover something new!!!

11 of the Best of the Daytrotter Sessions:

A year when major musical careers were launched were all but lost on the music buying public of the day who were scooping up soundtracks for South Pacific and Gigi...completely ignoring the alternative music scene (jazz scene) that would be the backbone of all modern music.

Further down the rabbit hole....

As we continue our journey back in time, the filter gets more interesting. Now we're looking at my high school years. Man, have my tastes changed....

As we move away from 2007 and begin keeping track of the music being made in 2008 (I hear Sia is leading), it's fun to take a look back. Especially, now that music has progressed and changed, the years work as a filter changing opinions of albums from years past.

This was a big slugfest between the top bands (Modest Mouse, Wilco, Radiohead, Spoon, White Stripes, and Bright Eyes). The Number One band changed with every new vote. Modest Mouse comes out on top (the second time in 4 years) by a last minute ballet.


Lots of really good music on this year's list. I've discovered some very quality albums all through-out the list, even at the very bottom.

Thanks to everyone who voted and start keeping track of those 2008 albums! (And remember, if you don't like the list...the only one you have to blame is yourself)

Enjoy the list and try to find something new you've never heard.

I hope everyone had a great holiday season and a very Happy New Year. We've had an overwhelming response to the Best Album Survey this year.

Monday will be the last day you can turn in your lists.

Remember, for all of you who haven't voted...just send over a list of your favorite albums of 2007...in the comment section or via email.

For everyone who has voted...thank you much! The results are shaping up to be quite interesting.
Posted by acompleteunknown at 11:23 AM 2 comments:

The 11 Most Anticipated Albums for 1st Quarter 2008

For everyone who thought 2007's music offerings were sucky...then it's time to start looking forward to 2008.

Here are the 11 Most Anticipated Albums for the 1st Quarter of 2008:
(in chronological order)

Also be on the look-out for new albums from: Sia, Nada Surf, British Sea Power, Morcheeba, Goldfrapp, and The Raveonettes.