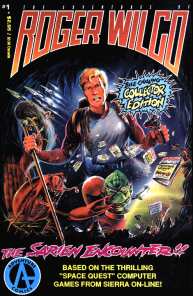 Busy Week....not a lot to say. Wilco rules. Do I need to get more detailed than that?
Here are The 11 Best Wilco Songs:
1. How To Fight Lonliness (Summerteeth)
2. I Thought I Held You (A.M.)
3. Box Full Of Letters (A.M.)
4. Outtasite (Outta Mind) (Being There)
5. Nothing'severgonnastandinmyway (again) (Summerteeth)
6. War on War (Yankee Foxtrot)
7. Sky Blue Sky (Sky Blue Sky)
8. Heavy Metal Drummer (Yankee Foxtrot)
9. Impossible Germany (Sky Blue Sky)
10. Monday (Being There)
11. At Least That's What You Said (A Ghost Is Born)
Buy Wilco's new album...called Wilco The Album...now!!
Posted by acompleteunknown at 10:28 PM 4 comments:

Email ThisBlogThis!Share to TwitterShare to FacebookShare to Pinterest
Labels: Wilco

The 11 Best Songs By Dinosaur Jr.

Comeback's are a bitch. It barely happens. And it's rarely successful. Currently Michael Jackson is in the middle of a comeback unlike anything the world has ever seen. He has 9 of the top 10 albums on itunes and 50 of the top 100 songs. He has the top 16 albums on Amazon...and is selling out at almost every store in town. But he had to die to accomplish that.

Dinosaur Jr took a more subdued approach...reuniting with all three original members. Granted their sales aren't the epic nature of MJ's...but two albums in and they're making some of the best rock music out there. I guess their strategy was waiting until everyone elese on the scene sucked...so you'd be a genius by comparion.

The 11 Best Songs By Michael Jackson The Jackson family house in only a few blocks from where I live. I'm going to sleep listening to helicopters flying over head. Surreal day.

The 11 Best Songs By Pete Yorn

Music For the Morning After rocked. And as the years pass...and more Pete Yorn albums come out...it makes me appreciate his debut release even more. MFTMA is easily one of the best albums of the decade (yeah...it's time to start thinking about that)...so how come Petey never came close to following it up with something equivalent? It wasn't like it was a Diamond-selling chart -topping masterpiece. But it did what albums are supposed to do. It created a following. I discovered it because a friend told me about it. She heard about it from a friend that told her about it. I told a friend about it, who told someone else (I actually turned at least 5 people onto the record). Maybe this kind of fanbase is harder to appease. When you're Green Day or Coldplay...people kiss your ass. When you're still a nobody...people want you to kiss their ass. And maybe that's not Pete's style. And look where it got him...he gets to hang out with Scarlett Johansson. So I guess he wins...

The 11 Best Songs By Regina Spektor Am I the only one who doesn't think Regina Spektor is the best thing to happen to music in the past 20 years? Isn't she just a brunette version of Tori Amos? Don't get me wrong...I like Regina. And her new album is hands down one of the best of the year. And I like Tori...I don't think I owe more B-Sides of a single artists more than I own from Tori's epic catalogue. Maybe we've all been so deluded by American Idol slice of mediocrity that we've forgotten what true talent sounds like. Or maybe...Tori's lost that edge she had...and we're just ready for a replacement. Which is kinda sad since Tori's still putting out solid stuff...the problem is that it's all starting to sound the same. Or...maybe we all just prefer the Emperor's New Clothes.

Not only does today see the 5th studio album by Austin's dynamic duo Omar and Cedric. Octahedron marks the 5th album featuring Omar on lead guitar...to come out this year. With three solo albums and side project featuring Cedric on vocals...and the other guys from MV as the backing band...Omar proves that Ryan Adams is really just a big slacker.

I think this is the first list I've made where the struggle in constructing the list didn't come from the quality of music...but on the criteria I set forth in making the list. Coming up with some of the best albums so far this year this easy...but trying to figure out which ones were unknown (or at least lesser known) was a hard to call to make. I have no idea what albums you've heard about...so this is really my best guess. There's the obvious choices like Black Moth Super Rainbow, White Rabbits, Deastro, and Swan Lake who were on the list...but I know people have heard of these bands. To some degree. Right?

The Antlers sounds like someone smashed Radiohead and Sigur Ros together. A very underrated band who has slipped through the cracks for too long. Hot Leg is Justin Hawkins new band...long live glam metal! Samantha Crain is the anti-Neko Case (or at least a better version). The Veils, Papercuts, and Other Lives are the indie equivalent of the bands carrying on the Coldplay/U2 sound. Cymbals, Cut Off Hands, and Magic are some great upbeat indie rock. J. Tillman and Woods are this year's Fleet Foxes. Yeah, yeah...I know Tillman is in Fleet Foxes.

I hope you discover something new and great with this list....

The releases already on tap for September read like a mid-90s summer festival...

So with that epic month looming up ahead...does that give us anything musical to look forward to this summer that is being made by some band whose members are old enough to buy their own beer? A few...but let me say...it was hard to make this list.

Here are the 11 Best Upcoming Releases for this Summer

The 11 Best Songs By Jeff Buckley

In making these lists, I've always found that some artists pose a harder time being deconstructed than others. Many times, it's challenging to narrow a musical act's career down to just 11 songs...while other times it's a struggle just to find 11 songs that are even note-worthy enough to mention. Jeff Buckley has posed one of the most difficult lists I've ever done. What makes this most surprising is that the guy has only officially released one album....that only has 10 songs. This list should be a snap...all the songs from Grace...and a B-side. But Jeff was better than that. With numerous live releases, an expanded album and pseudo-second album, his arsenal is jam-packed with some of the most outstanding and unmatched melodies of the past 20 years. Coming out in the middle of the grunge era, Buckley's haunting melodies of love and loss was a sharp contrast to the Seattle rebellion. Now 12 years after his death, his music seems to have only aged with time, becoming not about how little he gave us while he was here...but about how much he had to give.

Here are the 11 Best Songs By Jeff Buckley

Buy Jeff Buckley new live release, Grace Around the World.
Posted by acompleteunknown at 7:10 AM 1 comment: