The 11 Best Song By Glenn Frey on Lead Vocals In high school, I bought a four pack of CDs from Costco, featuring four of the Eagles best albums.  The set included The Eagles, Desperado, The Long Run and Hotel California.  Costco had been packaging four packs of CDs like this for some iconic artists like Fleetwood Mac, AC/DC and Led Zeppelin.  It was a great doorway drug for a young kid, discovering a classic artist for the first time.  I purchased the Eagles because I was growing up in a small town where country music was the mainstream while I preferred rock music. I believed it was a nice alternative to have in my car in case someone found one of my Depeche Mode or Cure CDs lying around.  What instantly struck me about the Eagles was their flawless ability to teeter back and forth between two lead singers with strong success.  Both of them had similar styles that blended into beautiful melodies and harmonies.  Only the Grateful Dead and Fleetwood Mac can brag about having multiple lead singers.  But when Weir sang over Garcia or Buckingham over Nicks, there were distinct differences in the songs.  The Henley-Frey combo was a needle in a haystack.  A perfect union that has forever ended. Glenn Frey's legacy is unmatched except only by his brother in arms, Don Henley. RIP Glenn...Take it easy... Here are the 11 Best Songs Sung By Glenn Frey:
Posted by acompleteunknown at 9:54 PM No comments:

Email ThisBlogThis!Share to TwitterShare to FacebookShare to Pinterest
Labels: Glenn Frey, The Eagles

The 111 Best Dreams By David Bowie 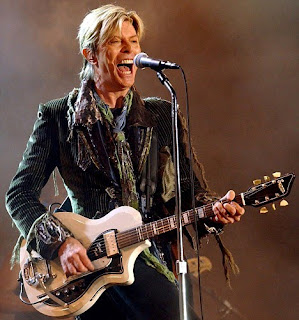 Legends are rare.  Legends who endure are even rarer. Legends who can defy death are the rarest of all.  Bowie's absence will leave a hole in all our hearts but his music will live on in our souls.  Bowie shared his dreams with us: dreams of tomorrow, dreams of the unknown. His dreams will live on in all of us. This list encompasses the majority of Bowie's solo career.  I did not include Tin Machine, Black Star, New Day or his guest spot/team-ups.  I also avoided the live albums.  This list was hard enough with just his main releases.  I will update this list through-out the day as I re-visit Bowie's amazing dreams. Here are the 111 Best Songs By David Bowie:
Posted by acompleteunknown at 10:14 AM No comments: