Here they are...my 11 best albums of 2013.  Up next will be your top 111.  Last chance to send in your favorite albums now.  I will compile everyone's picks and publish the super list next week.  Just in time to start our chronicling of 2014.  Have a happy and safe new year!

Posted by acompleteunknown at 12:00 PM No comments:

The 11 Best Songs By Burial

It's been a fun roller coaster ride with our new book, The 111 Best Music Lists of the 2000s. We've had a lot of good feedback from all our readers.  We've had a lot of attention on Twitter from some of the bands featured in the book including Tom Shear of Assemblage 23, Alison Mosshart of the Kills and Dead Weather, Wayne Coyne of the Flaming Lips, Erik Arnesen of the Great Lakes Swimmers, The Kings of Leon, Clap Your Hands Say Yeah, and Alex Kapranos of Franz Ferdinand.  I could not be more thrilled.

One of the last big releases of 2013 comes from Burial who is featured in our book for the album Untrue which makes our list of the 111 Best Albums of the decade.

Here are the 11 Best songs by Burial: Posted by acompleteunknown at 6:42 PM No comments:

Buy these albums and more...now!!! 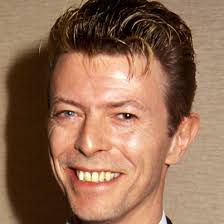 Part 2 of our countdown of the best albums of this year.  Don't like our choices?  Then it's your turn to vote.  Send me your 20 best albums of the year.  We're compiling a best of list from our fans.  Can't wait to see what you loved this year...there were a lot of great releases for sure.

Don't forget to pick our book...available now and it should arrive well before Christmas.  Buy three copies and it's free shipping!!

Buy these albums and more...now!!

Posted by acompleteunknown at 8:45 PM No comments:

It's that time of the year...time for the best of lists.  Here at GBU it's been a big year.  We had a book come out...and the music this year was worlds better than last year. As usual we like to put together a list of the best music that you loved and compile it into one big uber list of 111 albums.  So it's time for you to vote.

We want your 20 favorite albums of 2013.  You can email us...or just post it in the comment section of the blog.  And if you can't think of 20...list as many as you liked. If you liked just 1 album...then tell us that.  We collect everyone's responses and tally them up. So let us have them.  And as always...we will start off the voting with our own list.  Enjoy!

55.  Fitz and the Tantrums - More Than Just A Dream

Buy these albums and more...now!!!

Posted by acompleteunknown at 1:25 AM No comments:

It's been one week since the release of our first book and the reception has been incredibly unexpected.  I thank everyone who has purchased the book...and am giving the stink eye to everyone who has not.  If you haven't picked up a copy yet...here are some amazing points at why you should.
The 11 Best Reasons to Buy The 111 Best Music Lists of the 2000s:
Buy The 111 Best Music Lists of the 2000s...now!!!
Posted by acompleteunknown at 8:59 PM 2 comments:

The 11 Best Songs By Black Flag

Black Flag's punk presence hit our ears like a baseball bat smashing a Top 40 jukebox while Henry Rollins looked on with his boot heel firmly planted on the neck of a roller skating disco queen.  You have to be at school?  You have a project due?  That's a new suit?  Rollins and Ginn didn't give a shit.  They would take it from you with the sheer force of Rollins voice busting open your ear drum.  If there was a super hero with a super voice, Rollins would beat the crap out of him and throw him in a ditch.  Or at least, that was the Rollins of the '80s.  Now he's an actor, poet, and novelist.  Ginn has carried on with the Flag's legacy releasing their first album in 27 years.  It's been so long, their hiatus in between albums is eligible for the Rock N Roll Hall of Fame.  The new album title pretty much sums up what everyone is thinking.  Even without Rollins on board, the new album is strangely inviting.  This isn't the '80s...and the band is practically ready to enroll for social security...but there's no one out there brave enough to tell them they're too old to do shit.
Here are the 11 Best Songs By Black Flag:
Buy Black Flag's new album, What The...now!!!
Posted by acompleteunknown at 10:55 PM No comments:

The 11 Best Songs By Boston

Today marks the release of Boston's sixth album in their 37 year career.  Even though, Boston has released music in five different decades, they released less songs in their entire career than are found on a single New York rapper's mixtape.  They've had more lead singers than they have albums.   Their debut album held the record for the best selling rock debut until Appetite For Destruction.  Currently, their debut still sits in the top ten as one of the best selling hard rock albums of all time.  They've never had a live album.  They've never done a duet with Ke$ha.  They've never partied with P.Diddy.  They have less music videos than Pearl Jam.  They are about one thing...and one thing only:  Rock n' Roll!  Okay, that might be two things.
Here are the 11 Best Songs By Boston:
Buy Boston's new album, Love Life and Hope...now!!!
Posted by acompleteunknown at 11:05 PM 1 comment: