The 00s might be best described as the Roots experimental period.  Their songs challenged the tradition hip-hop norms and opened new doorways to what the genre could be.

I first saw the Roots in the 90s in a college gym.  I had never seen a rap group use guitars and a drum kit.  That in itself was intriguing.  But then they came on stage.  They played four songs.  Better yet, they belted out four songs.  They screamed four songs.  They ripped through four songs as sweat dripped from their foreheads and through their shirts.  They weren't the most energetic rap group I'd ever seen...they might have been the most energentic band I'd ever seen.  Twenty years later, their sound is constantly being reinvented.  And the only challenge to themselves...is themselves.

Buy The Roots new album, How I Got Over now!!!
Posted by acompleteunknown at 10:17 AM No comments:

Email ThisBlogThis!Share to TwitterShare to FacebookShare to Pinterest
Labels: The Roots

The 11 Best Flavors of M&Ms

The first time I did an Eminem post, I had a couple of MP3s linked.  They were live tracks.  Unavailable to buy anywhere.  The web police had my post removed, deleted, and destroyed.  So, the second time I did an Eminem post I didn't add any MP3 links.  It was just a list.  And guess what?  It still got taken down.  As if just talking about Eminem was now illegal.  So here's my third attempt.  Hopefully, this one last more than 24-hours.

Here are the 11 Best Flavors of M&Ms:

Buy Eminem's new album Recovery now!!  (one day early)
Posted by acompleteunknown at 10:01 AM No comments:

Email ThisBlogThis!Share to TwitterShare to FacebookShare to Pinterest
Labels: Eminem

The 11 Best Songs By Morcheeba

I spent the day at E3 playing all the new video games in the coming years.  Playstation 3 has "Move" which is a wand like the Wii...Xbox has Kinect which has no controller whatsoever.  When I think of the future of video games I get excited.  Technology is giving developpers the ability to create games that we once only dreamed of playing.

When it come to music, I feel the exact opposite.  To me technology is music's biggest enemy, not its ally.  The more produced a song sounds, the less like a song it sounds.  Production has the power to clean out all the background noise, the frayed sound waves, giving the music a crisp & clean sound.  But all that extraneous snippets is what gives the song personality.  It's the little negative that makes the song positive.

With video games I look to the future, with music I'd rather live in the past.

Glad to see Skye Edwards feels the same way and has rejoined the brothers in Morcheeba.

Here are the 11 Best Songs By Morcheeba:

Email ThisBlogThis!Share to TwitterShare to FacebookShare to Pinterest
Labels: morcheeba

The 11 Best Songs By The Gaslight Anthem Today, I have the lucky honor of going to E3.  The massive video game convention where you get to walk around and do nothing but play video games.  And it's not just a few panels here and there.  There are thousands of panels.  Thousands of new games.  All unreleased.

I'd write more...but the more time I spend here...the less time I get to spend there.

Here are the 11 Best Songs By The Gaslight Anthem:

Email ThisBlogThis!Share to TwitterShare to FacebookShare to Pinterest
Labels: The Gaslight Anthem

The 11 Best Songs By We Are Scientists 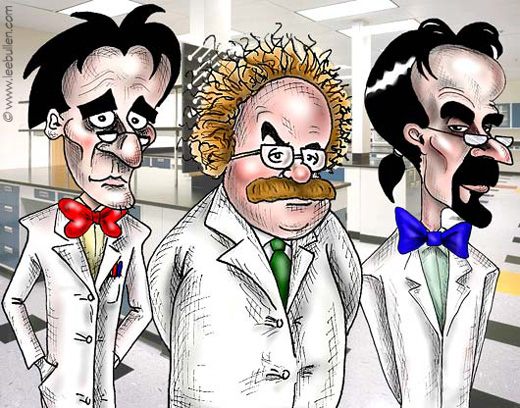 We Are Scientists "With Love and Squalor" was probably my last impulse musical buy.  Back in the day, when strolling through a used CD store, if a band name or album cover caught my eye...I would sometimes take a chance on the record.  This was especially the case when I was sifting through the dollar racks.  I discovered a lot of cool bands doing this.  Of course, I came home with a lot of crap, too.  I currently have boxes of crap sealed up, collecting dust in my garage.  Crap so bad, I can't even sell the cases back because they've been exposed to such musical excrement and are now forever tarnished.

Here are the 11 Best Songs By We Are Scientists:

Buy We Are Scientists new album, Barbara...now!!
Posted by acompleteunknown at 10:41 AM No comments:

Email ThisBlogThis!Share to TwitterShare to FacebookShare to Pinterest
Labels: We Are Scientists

The music industry never ceases to amaze me.  They complain about the internet destorying their industry.  Yet, they do everything in their power to aid and abet them.  The new Tom Petty comes out this week.  A blues-blasted masterpiece from my first couple listens.  I want to get the album on vinyl.   Because if anyone out there cares whether his album will sound good on vinyl, it will be Tom Petty.  One of the last true rock artists, who gives a crap what his music sounds like.  Those of us who still buy records...and still prefer records (yes, I realize I'm a new addition to this category) know that Petty is someone who emphasizes in not digitizing his music.  He prefers the live snapshot of the band in the studio.  On vinyl, the experience will be unmatched.  So, what does Petty's label decide to do?  Delay the release of the vinyl for 2 weeks.  Why?  Who fucking knows.  The one artist whose fans may actually prefer to purchase the record over any other medium, are the ones you choose to screw over.  Idiots. After learning this, I went and acquired the music.  I didn't pay for it.  But I wanted to hear it.  I still plan on buying th vinyl...I just didn't want to wait.  And I'm not the only one.  Learning yet?

For weeks we've been hearing about the epic USA vs. England World Cup match-up. An epic game between countries with major political history.  I was in.  I was excited.  I planned my whole weekend around it.  I couldn't wait.  But after weeks of waiting for this slugfest...the game ended in a 1-1 tie.  A tie.  A stupid tie.  Whoever came up with the idea that ties should score the soccer teams a point, should be punched in the stomach.  Ties shouldn't count for anything.  It's a tie.  There is NO winner.  No one should be rewarded.  It defeats the purpose of playing the game.  The teams were tied before the game even started.

There should be no ties.  There should overtime or shoot-outs.  Or even better...penalize teams for a tie.  Subtract points.

What happened if the rest of society ran like World Cup Soccer?  Could Presidential Candidates tie?  What about Best Picture candidates?  Court cases?  Sex?

If everything ended in tie...what would be the point of anything?

Here are the 11 Best Songs By Hot Hot Heat:

Why are the MTV movie awards more interesting than the Video Music Awards?  I honestly don't care for the awards part.  Any award show where Twilight takes home the movie of the year prize has some serious legitimacy problems.  But the show itself, the spoofs and the presenters are far more interesting than the video aawards.  Recently the video awards have been a full blown lip syncing dance party, featuring medicore artists who can't even play their music live.  There's no mre improv like Kurt Cobain singing rape Me seconds before he could be sensored...or the dude from Rage Against the Machine climbing on the set pieces.  Now everything's plotted out and planned.  It's become second-rate soft-serve vanilla.  The video music awards used to be cool...now I'd rather watch the Grammy's.

Here are the 11 Best Song By Tokyo Police Club:

The 11 Best Songs By Against Me

Getting old sucks.  Everything you used to be able to do as a kid...like, oh let's say...walk up a flight of stairs becomes not only harder as you get older but it gets actually dangerous.  This weekend, as I was walking up our stairs in our house, I twisted my back and have been on the floor ever since.  I didn't run.  I didn't trip.  I didn't fall.  I walked.  That's it.  Walking up my stairs as I do every day of my life, crippled me.  Meanwhile, my daughters are doing cartwheels down the stairs, bouncing off the walls with a elfish "whee", and landing on their heads.  Then they get up and run into the walls at full speed and just laugh it off.  It's just not fair.  Not that I want to run into walls without injury...but making it to my bedroom without a trip to the emergency room would be nice.

Here are the 11 Best Songs By Against Me!:

Be Sure to check out the new $5 albums for June!!
Posted by acompleteunknown at 10:07 PM 2 comments:

Email ThisBlogThis!Share to TwitterShare to FacebookShare to Pinterest
Labels: Against Me

The 11 Best Songs By The Jam I don't think any band gets less appreciation than the Jam.  Just taking a listen to music today, you can hear their influence everywhere.  The Strokes, The Arctic Monkeys, The Libertines, Against Me! all owe their careers to the sound that Paul Weller and co. created decades ago.  And listen to "Set The House Ablaze" and tell me that's not a Bloc Party riff.  It's amazing how bands this good go unnoticed.

Paul Weller's new album comes out this week, and it's a good one.  Thirty-five years later, this guy is still rocking and showing all his underlings how it's done....correctly.

Here are the 11 Best Songs By the Jam:

Email ThisBlogThis!Share to TwitterShare to FacebookShare to Pinterest
Labels: The Jam

The 11 Best Songs By Jack Johnson 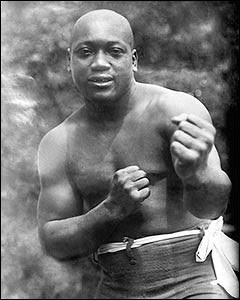 Every day on Memorial Day, every one I know says something like..."make sure you thank a soldier today."  And though there's nothing wrong with that, and we should do it, but why do we have to wait until Memorial Day to appreciate our soldiers?  Look, I know war sucks.  No one wants to ever go to war.  And no one ever should.  But sometimes...we have no choice...or I'd like to think that was the case.  The soldiers do have a choice.  Our military is purely voluntary.  Those who choose to unlist, do so with selfless gains.  They make a sacrifice that the rest of us don't have the ability to do.  Many of them do not believe in the causes we are fighting for.  But believe, if they don't go, then no one else will.  What do they get in return?  One day.  A parade.  A bunch of people posting things on Facebook.  I get that on my birthday and I've never fought for anything.  Okay, maybe not the parade part.  We need to do more for our soldiers 365 days a year.  Better care, better pensions, better support...not just from the government...but from us.  Yesterday was Memorial Day...but I'd like everyone to thank a soldier today because it's just a Tuesday.

Here are the 11 Best Songs By Jack Johnson: