The 11 Best Songs By Sebastian Bach 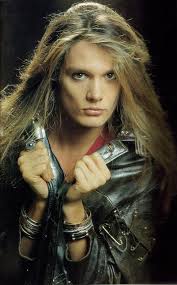 That's right, this is a list about Sebastian Bach, former lead singer of the seminal 80s glam metal band, Skid Row.  Why would I do a list about Sebastian Bach?  A man who seemingly puts his music IQ on par with the best of the best Rock N Roll Jeopardy champions.  Because Sebastian Bach kicks ass.  Bach has one of the most unique rock voices of all time.  It's loud, timid, angry, emotional, bellowing, caustic, and ethereal all at the same time.  It has the power to get you up in the morning and make you pancakes.  It has the power to make any woman fall in love with you in just three notes.  Bach's voice is so powerful that it once traveled back in time and helped end World War II.   If angels sang bad ass rock music, they'd sound like Bach.  Though glam metal has all but fizzled away outside of the occasional Darkness release, Bach's current music is still solidly on par with the strongest of the 80s releases.  Twenty five years down the road, Bach still knows how to make an album and the guy deserves credit for proving that only the strong survive.
Here are the 11 Best Songs By Sebastian Bach:
Buy Sebastian Bach new solo album, Give 'Em Hell...now!!

Posted by acompleteunknown at 7:25 PM