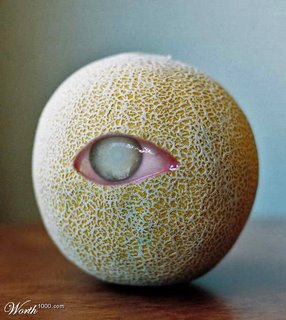 You ever had a friend who pushed one of his favorite bands on you over and over? And for years, you kept giving this "supposed" genius band second chance after second chance...yet, everytime you listened to them, they still underwhelmed you. And you would just get mad at yourself for thinking you could actually enjoy this crap?

Then...all of a sudden, one day you went...holy moly, I really like that band. Well, that was Blind Melon for me. Their first album came out during the grunge heyday and felt like Seattle lite. Their next album, despite being on the heels of Shannon Hoon's death, felt more eclectic and unfocused. Finally, a third offering of demos and B-sides was the most desperate attempt...and basically put the nail in the coffin. And then it happened....

One day, my itunes was on random and played the song "Change." It was a good song. I decided to give the band another last chance. But this time...I liked everything I heard. Even the demos and B-Sides. Could it be, that Blind Melon was so far ahead of its time, it literally took the music industry about 15 years to catch up to them. In retrospect, that's not too far off. And with the release of their live album "Live at The Palace." It's time to look bad at a band that never got the love it deserved.

It was cool to stumble across this post and your blog. I have been a Blind Melon fan since day one and I continue to enjoy the band to this day.

As you stated, Blind Melon was around in the grunge-heavy early nineties and their unique and upbeat music truly stood out as a welcome change.

There are alot of favorites left off of that list, but if you are a Blind Melon fan and you havent heard one of those songs, I would strongly suggest finding a way.

It always nice to find people that appreciate Blind Melon. I've been a huge fan since the beginning. So totally underrated.

St. Andrews FALL from Soup is another great one I keep going back to. You know Andy Wallace produced Soup. Yeah. He mixed Nevermind for Nirvana.

I think St. Andrews would have been my #12. Went through many listens on that song. And who knows...I might do this list again in a couple years and get a totally different order.

One of my favorite bands!

"Soup" is a masterpiece, most of my fave Melon tracks are on that one.

I've been looking for it on vinyl for years, but never seen it below $200!

I am a huge Melon fan and I agree, they were brilliant...

Cool news is they've reformed with a new singer (Travis Warren); he's not Shannon Hoon (who is) but he's good, they've got some stuff on YouTube (check out Mouthful of Cavities) ((which how can any of your lists have omitted?)). I caught them in Chicago, great show!!!

First time I heard of them they were opening for GNR in 93. They were really good but when the Played "Low spark of high heeled boys" by Traffic I was convinced. I bought the album the next day and was hooked. Saw them later that year at the Gorge opening for Niel Young and Pearl Jam. They were all great. Three totally different band that I loved. I have been a Blind Melon fan since. Losing Shannon was a bigger loss to music than Kurt Kobain.

I saw them open up for for GNR in 93 before No Rain made the airwaves. I Shannon was messed up but I liked their music, Suddenly they started playing "Low Spark of High Heel Boys" by Traffic. I bought the album the next day and was hooked. I only saw them one more time opening up for Niel Young and Pearl Jam at the Gorge in WA. They were incredible

finally people that recognize these guys for their talent.No rain was great (bumble bee girl & all) but there was more to them.
Cheers to good tunes.

My top 10 comprises - Soup, Change, Holyman, Lemonade, Paper Scratcher, No Rain, Tones of Home, 3 is a magic number, St. Andrew's fall, I wonder; not necessarily in any particular order coz one fine sombre day you'd prefer any one to the rest. - Rojikanta.

exactly same thing happened to me yesterday man!!!! my ipod was on shuffle and it played "change" and i liked it alot ... i was searching for their top songs and i found this blog... it was nice reading it.. thnx a lot!!!

exactly same thing happened to me yesterday man!!!! my ipod was on shuffle and it played "change" and i liked it alot ... i was searching for their top songs and i found this blog... it was nice reading it.. thnx a lot!!!

Blind Melon. Ahhh what an epic band. Shannon Hoon was so original in everything he did. Top songs for me, in no order, are Paper Scratcher, Soup, Change, Sleepy House and Tones of Home. The album Blind Melon was given to be by my sister when I was a senior in highschool...which was in '04. So that kind of goes to show how hey really were ahead of their time. Shannon Hoon...Id like to see where he'd be these days. Love and light.

Toes Across The Floor is an excelent song. Gorgeous!

Mouthful of cavities is pretty good, but I'm in agreement with commenter 1 and 2

There is really not a Blind Melon song I can't find something to stir the soul with, but if I had to pick just one it would be "Change", I can't count how many times that song has given me the goose-bumps while listening. Very long time fan, thanks for having this blog. -D

Love Blind Melon and its hard for me to pick one song over another, there is something stirring in nearly everything, but if I had to choose one it would have to be "Change" just because of the raw emotion in that song, countless times replayed endless goose-bumps. So glad to see this blog up, they are a truly legendary band that everyone should experience. Thanks -D

I have been a Blind Melon fan ever since a friend introduced them to me in about 1998. I even got to see them over here in London on their 'For my Friends' tour with Travis Warren. I find it so hard to pick a top list of any of my favourite bands but what I will say is this....please check out the song, 'Mother' it is a rare, unreleased song by BM but Shannon's vocals on it are second to none.....a truly beautiful song

Nobody mentioned Walk or Verne. Truth is Blind Melon is in a league of their own! I too fell mad in love with Change and stumbled upon Walk live at the Metro and after seeing Shannon jam on the guitar AND harmonica and that beautiful mandolin, I had a new perspective and iimmense respect for him. Although I happen to love grunge, Blind Melon fell through the cracks in the peak of the grunge era. The world lost a musical genius when Shannon died.

"Walk" is my fave by far. Simple and Poetically gorgeous, ending with a note of tragic optimism. 9756

I'm thinking no one is listing no reason because that's a moot point, we all know it's #1.