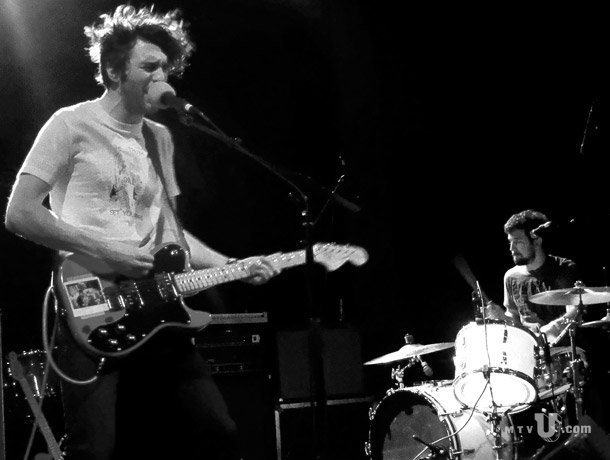 Merry Christmas to all.

Sometimes Christmas surprises you.  For years I've grown complacent with Christmas presents.  Not for others.  For others I go all out spending most of the year trying to figure out exactly what they want.  What I'm referring to is what is given to me.  I'm not bitching about peoples' generosity, everyone around me is very generous but sometimes their presents miss the mark and I spend most of the day smiling and thanking people for something I'm figuring out how I'm going to return.  This year something different happened.  I'm a huge Smashing Pumpkins fan...if you haven't noticed in my Billy Corgan manlove.  I've purchased all the reissues thus far.The Pumpkins reissues have been one of the best remaster/editions to come out in years.  Though it comes close to the "wall of sound" disaster that ruined Nevermind...it toes close enough to the line to respectfully keep the original sound intact.  Naturally, I admired the Mellon Collie box set from afar.  I thought the Pisces price tag of $40 was steep...but the Mellon Collie set weighs in at over $100.  Granted you get 5 discs worth of material...plus a DVD.  It was still far above what I could handle paying.  I joked with my brother about getting it for me...knowing fair well that he would never cough up the dough for it.  My brother would rather spend $100 on polishing the tires on his Maserati than ever think about doing something like this.  Granted, his tires do get dirty very easily.  I had begun plotting how I might be able to download the bonus tracks though the availability of them was very slim.  I had resigned the fact that this one would be the box set that would just get away.  Then, Christmas morning I unwrapped it.  The last present under the tree happened to be the one thing I wanted that I never thought I'd have.  Though it wasn't from my brother...it was a bit of a Christmas miracle.

A post about this SP set will be coming shortly...

Buy these albums and more now!!!
Posted by acompleteunknown at 11:43 AM

NICE! that's fricken great that you got the box! after being a long time pumpkins fan as well, i was able to meet billy earlier in october via a radio station contest, he was very cool. enjoy!

you're posts are so interesting and i love visiting your blog!! this post is so true. I never know what i'm getting, lol. check out my blog! http://megaclassy.blogspot.com/
I just started it today, haha.