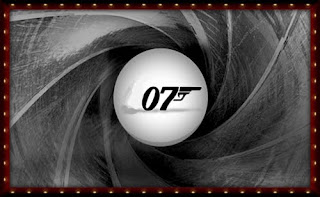 I was a little stunned to discover that Zero 7 was releasing a greatest hits comp.  They're just not the band I think of ever being a "hitmaker."  It's like making a compilation of Woody Allen's greatest action sequences.  You could do it...but wouldn't you rather watch the whole film?  This is kind of the reason I hate greatest hits collections.  Yeah...can you believe that coming from me?  My problem with the collections is there's no criteria.  Bands don't have "greatest hits."  They have songs that have been released to radio.  Those are not hits...they're promo singles, picked by a label to advertise an album to potential customers.  How does releasing a song to radio, automatically make it a hit?  It's silly.  And don't get me started on the term "greatest."  Greatest implies that these songs are the best of the songs that were hits.  That means a band would have to have dozens of hits to be able to have a selection of songs that were greater than the others.  Even then, how would you decipher which hits were greater than the others?  By sales charts?  Then wouldn't that make your comp the "Popular Hits" not the "Greatest Hits."  Just because something's popular doesn't mean it's good.  (Example:  Twilight.)  I'd like to think Zero 7 was a bit better than the Twilight franchise...but I guess everyone's got to make money.

This list includes all the "greatest" songs by Zero 7 that didn't make their greatest hits comp.

Email ThisBlogThis!Share to TwitterShare to FacebookShare to Pinterest
Labels: Zero 7

Your forgetting the best track from Simple Things "Give It Away"

You forgot the best song: Destiny.