The 11 Best Iron Maiden Songs of the 80s 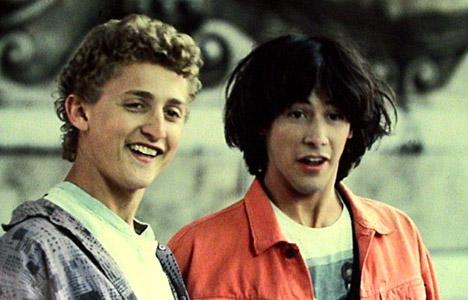 This weekend I saw Blue Oyster Cult put on a free show at the mall. Yes, at the mall. (watch the clip!) Granted it was half-park/half-outdoor mall. But still...should a band that wrote one of the greatest rock songs of all time (Don't Fear The Reaper) be giving free shows at a shopping complex near the kids' play area? Don't get me wrong, I appreciated it. Took my daughters, who actually really enjoyed it despite the lack of talking backpacks and dancing monkeys. But is this how bad the music industry is? Real bands...real rock n roll bands....real rock n roll bands who actually know how to play their instruments are reduced to giving free concerts because they've chose to forgo autotune and lip syncing?

BOC has been putting out music for 40 years. And they still were able to gather a crowd of close to 8,000 people. That says something to the quality of a band. It also says something to type of music. People just love rock n roll. And no...it will never die.

Pop is plastic. Rock is metal. One guess which will outlast the other.

Here are the 11 Best Iron Maiden Songs of the 80s:

Iron Maiden - classic - I wrote a post on Ion maiden on my blog - and look how long Keanu Reeves look.