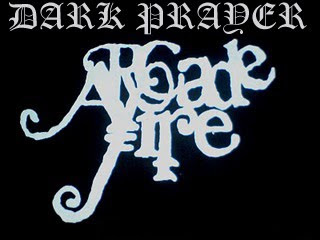 I'm not sure there was anything more gratifying than reading last week, that not only did the Arcade Fire have the number one album (The Suburbs) on Billboard's Top 200, but they knocked Eminem out of the top spot to do it. I like Eminem. But this ousting is significant. It's symbolic. It's a glowing neon sign. It goes to show that people want more than what the big labels are shoveling down their throats. Eminem, the number one selling artist of the 2000s, was booted out of the top spot by an indie rock band. He wasn't beaten by another band on another major label. He was beaten by an long-term establish hit maker. He wasn't beaten by a awful American Idol artist. He was beaten by a respected band on a dingy label that has no money for publicity or promotion. That is lucky to get any radio play. That doesn't even know how to spell "auto-tune."

Wake up labels. Pay attention to what people want...not what you want them to want.

Email ThisBlogThis!Share to TwitterShare to FacebookShare to Pinterest
Labels: The Arcade Fire

In comparison to some remixes I'm hearing on hypemachine, I think it is rather good and am just looking to get it out there for the World to hear!

Please feature should you enjoy the track! It's on soundcloud..... http://soundcloud.com/hobbs3121/arcade-fire-sprawl-flatland-slumped-by-hobbz

Alternatively I can send over the mp3 via email

Oh and my Johnny Cash 'Hurt' Remix - risky but effective - had great feedback so far!

I'm in the process of trying to contact some folks to get this legally released without harming/offending any of Johnny Cash's relatives or his name.....

Please feature tho should u enjoy it....

The Poupee de Cire cover is fantastic. Thanks for the vinyl rip!!

Thanks for sending the info about your remixes.

I don't know anyone who likes AF and eminem, so you are the first.

Where did you get these rarities? Where can I get them--your links seem to be down.