The 11 Best Songs By The Buzzcocks of the 70s 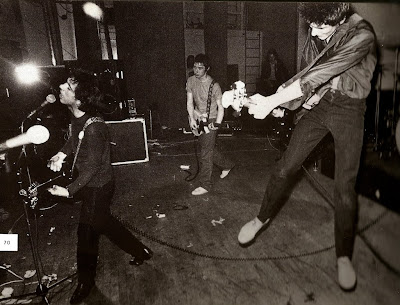 The punk scene in England lasted for three years...tops.  From 1977-1979 this pocket of chaotic, fuel-filled, dynamic, rebellious bands screamed their hearts out.  While most bands or scenes go on way too long, not only did the punk scene disolve before it became stale, it did the most punk thing of all time...it ended before it peaked.  It's almost poetic that many of these punk pioneers have reformed decades after their prime to further their music career.  Had they stayed together, they could have conquered the world in the same fashion grunge would do 11 years down the road.  They walked away from it all, from the fame, the pop stardom, and the riches.  Not only did they do it with royal nose up at the establishment, they did it knowing they could have had it all.  By returning later in life, missing their most lucrative years for music making, it's their way of saying they never needed the mainstream in the first place.  It was never about making money, it was about making music the mainstream didn't want but needed.  There's nothing more punk than that. Here are 11 Best Songs By The Buzzcocks of the 70s: Buy The Buzzcocks' new album, The Way now!!!
Posted by acompleteunknown at 9:21 PM

Email ThisBlogThis!Share to TwitterShare to FacebookShare to Pinterest
Labels: Buzzcocks