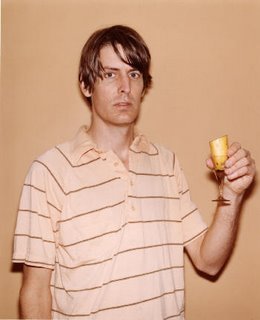 When influential bands break-up, the members tend to go off and do completely useless things. For example: Jimmy Page formed the Firm (blech), Krist Novoselic decided to run for Washington St. Lt. Governor (the huh?), and don't even get me started about the Faith No More fellas.

Ex-Pavement lead singer Stephen Malkmus has learned from his peers. Over the years, he has stolen away Pavement demos, storing them up for the moment when he would need them to continue his career. Well, today's the day that he needs them. The result is one of his best efforts ever.

1. Blac – Sounds like something that could have been on Terror Twilight, except for the fact that it’s better than anything from that album.

3. Jo J – A rocked song about Yul Brynner’s bald head with a cool sing-a-long chorus of “ooohh weee heee.” You can never go wrong with one of those.

4. Church On White – A sincere romantic waltz that has more in common with Wilco than Pavement.

6. Discretion Grove – Straight-forward rock. Not something you would expect to hear from Malkmus but gosh darn it, he pulls it off.

7. Troubbble – Imagine Pavement with a moog thrown in. Seriously...

8. Pink – A simple acoustic track with a touch of Modest Mouse.

12. Deado – Something from the weirder side of Beck. If Beck had been in Pavement.

How this album ranks against Pavement’s other releases…

Great site loved it alot, will come back and visit again.
»