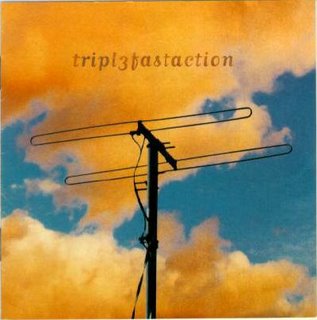 One of the great tragedies of modern corporate music is the lack of love of music. Back in the 60s and 70s, the music industry loved their bands because of the music they made. Since the 80s, the music industry loves bands just because they make music. It's a business. Bands are commodities to sell and trade. There is no love for good music, just good sales numbers. Label reps went from being people who were audiophiles and could quote from Chocolate Watchband b-sides to kids who were excited that they could tell thier friends they were at a party where they saw Kip Winger talking to Scott Stapp.

Nirvana was an anomoly. Don't get me wrong. I love the band. But the fact that they did what they did during a time when Cherry Pie and Michael Jackson ruled the airwaves could and probably will never be repeated. As great as Nirvana's influence is on music, their coming was also a harbinger of misfortune. Label reps will tell you one thing: "They know what sells." Wrong. Label reps know one thing: "They know what sold." Once Nirvana hit, every label rep went out and looked for the next Nirvana. Instead we were given Candlebox, Collective Soul, 4 Non-Blondes, Silverchair, and Sponge. These were the first cycle.

Once Cobain died, the search widen. Bands who weren't as polished as those listed begin to get gigs at bigger labels. The problem: they weren't Nirvana. That doesn't mean they weren't good. They just didn't have that endearing radio presence desired. These included indie darlings Swell, Failure, and Elliott Smith's Heatmiser. But one of the most interesting bands of this "post-grunge" genre was Triple Fast Action.

I worked at a radio station back in 1996 when their first album came out on Capitol. The label hailed them as the second coming of Nirvana. That's a heavy tag to live up to. And after one listen, Nirvana they weren't and music directors tossed them aside. Capitol's fault was the sales pitch because TFA was actually very good in their own right. If Nirvana and Green day had a kid, it would be TFA.

Listening to their first album (10 -years-old now) I might as well be listening to MTV's next sceamo/emo band. See, TFA was the band that helped originate the "Fall Out Boy-Dashboard Confessional-Saves The Day" sound. Don't believe me? After the band broke up, singer Wes Kidd went on to produce albums for Jimmy Eat World. They were a great band lost to the corporate machine. Let's hope one day they get their due.

1. Aerosmith - Don't worry, this song is only an intro...okay to skip.
2. Anna (Get Your Gun) - This song could have opened the album, matching the energy and intensity of Cobain's angriest. Think Teen Spirit meets American Idiot.
3. Revved Up - The song guises itself as a mid-tempo song with a nasty hook but the spiteful lyrics stand up and roar as load as anything Chester Bennington has to say. Think Even Flow meets Dammit.
4. Bird Again - Lighter fare still finds a way to tear a hole in your earphone. Think I Alone meets Dance, Dance.
5. [Untitled] - A intermission demo...you can skip this one , too.
6. Don't Tell - The band's attempt at a slow song is anything but when 90 seconds from the end it erupts in a guitar flurry that would make Neil Young proud. Plush meets Hands Out.
7. American City World - Bubbling with the start-stops that made grunge, it evolves into the swing that emo loves. Would? meets The Middle.
8. Cheery - Patterned in the typical verse chorus verse it relies too much on the structure and not enough on the band's song making qualities. One of the few missteps on the album. The Sweater Song meets Helena.
9. Rest My Head - A great driving song that sucks you in by creating a relaxed environment before knocking you out with its head bobbing beat. Fell On Black Days meets Ocean Ave.
10. Never Ever Care - And don't think these guys don't know how to write a straight-up rock song. This Is A Call meets I Write Songs Not Tragedies.
11. Sally Tree - Feel good hit of the summer of 1996. Santa Monica meets Spitting Games.
12. Paris - The perfect song to listen to in car when dropping off your friends after an allnight party. Doll Parts meets Soul Meets Body.
13. Superstar - Combine every gurnge band I just mentioned with every emo band I followed with...then go on for a ten minute jam.

Thank God somebody's pointing this band out. They were, without a doubt, the #1 most overlooked band of the '90s IMHO. And live... a sight to behold. You know, Wes Kidd (the lead singer), spent a lot of time self-deprecating his abilities, and yet... he had to know. The fact that this band didn't rule the earth is proof positive of our dying civilization... Thanks for talking about these guys. Maybe enough people will seek them out to get Capitol to reissue Broadcaster. I've played my copy to death, and need a fresh one.

Hey, thanks for the great review of one of my favorite CDs! I thought you might like to know that I am helping to pull together a Triple Fast Action Tribute CD. We've got about 8 tracks completed and are in the midst of getting a bunch more. It's going to be incredible, and great, great news for T3FA fans. E-mail me at aheaton19@sbcglobal.net, and I'll tell you more about it.

Hey, thanks for the great review of one of my favorite CDs! I thought you might like to know that I am helping to pull together a Triple Fast Action Tribute CD. We've got about 8 tracks completed and are in the midst of getting a bunch more. It's going to be incredible, and great, great news for T3FA fans. E-mail me at aheaton19@sbcglobal.net, and I'll tell you more about it.

Check out a podcast review of Triple Fast Action's Broadcaster on the DIG ME OUT podcast, visit digmeoutpodcast.blogspot.com.