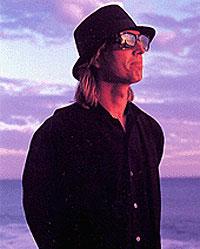 Silently, Tom Petty has become an aspiring American voice. Once called the ugliest man in rock, he has worn the crown with pride and stuck around for the long haul. He's like that Uncle you only see at the holidays. And although you never talk during the year, after spending an evening with him, you hate yourself for not staying closer in touch. That's Tom Petty. His albums are American staples but seem to fall through the cracks unless TP and the HBs are releasing new material. Then you feel guilty and try to freshen up on the old material, only to find hidden treasure after hidden treasure. Maybe it's the fact that his material isn't overplayed that keeps it fresh and vital. Or maybe Tom Petty is much better than anyone's ever given him credit for. If you're gearing up for tomorrow's release, here's a list to keep you in the know.