THE BAD: I Love You But I Have Chosen Darkness - Fear Is On Our Side 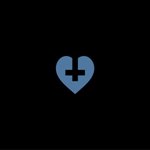 I used to have this friend, Amir, in college. Well, he wasn't really a friend. He was just some guy that lived in our building that always seemed to find his way into hanging out with our crowd. Amir was one of those people who always had to act and dress just like everyone else. If you went out bought the new Pearl Jam album, he would pretend he bought the album last week. If you went to see the new Batman movie, he would pretend he had already seen it. If you went on vacation to South Africa, he would pretend he had been there years ago. But see, that part about him was fine, it was when he would begin aping everyone in our group that he became tiresome. He would dress like us, use our mannerisms, and even copy our speech patterns. He was basically our clone. Only he was a cheap version of us. And though he thought he could fit in better with our crowd by acting like us, it was his attempt at trying to be like us, that made him more unlikable. We liked him better when he just acted like himself.

Long story short, I Love You is Amir. Well, Amir isn't in the band. But the band is goth music's version of Amir. They made an excellent start by picking one of the best band names of all time. But that's where much of the coolness stops. The music sounds like they are trying to be something they are not. It's like their label rep told them to sing like 80s goth bands because that's in right now. So they went out and cut an album to sound that way. Only they sound transparent. I feel like underneath all the dirth there's a brit pop band waiting to burst out. And it's hard to enjoy all the "darkness" when it seems like at anytime they'll be bringing out the sunshine.

1. The Ghost – I can feel the darkness building as the tempo increases…I’m getting excited…I mean, I’m getting depressed. Life is a tragic display.

2. According to Plan – It’s goth-pop. I want to like it but I don’t want to be conformist.

3. Lights – More pop and less goth. Life is all downhill from here.

4. The Owl – Finally, a sad song with no words so I can cry about being alone.

5. Today – Another song without a bourgeois singer but it’s making me happy so I don’t like it.

6. We Choose Faces – This is too uplifting. It sounds like the Church and the only church I adhere to is the church of darkness.

7. Last Ride Together – I feel like you wear the black clothes to get me to buy your album but you’re reallythe band Lifehouse in disguise.

8. At Last Is All – It reminds me of the first act of the Cure’s trilogy of albums. If you don’t know which album that is, I can’t even bare to face you anymore without shedding a teat…but just one…anymore than that would be a waste.

9. Long Walk – Another song that sounds like someone trying to sound sad, dark, and morbid but they are really happy and content inside. You’re making me upset. And when I get upset I stand in the corner and glare at you with my hands in my pockets. So there.

10. “-“ – I thought I might be listening to a song inspired Peter Murphy…but it’s not. Keep this up and Ian Curtis is going to crawl out of his grave and slap you.

11. Fear Is On Our Side – An Irish instrumental. I applaud your non-conformist ways but I will not follow you into the light.

12. If It Was Me – You leave this album on a downer. I shall write a poem about my experience. But it will not be one I will read outloud. You do not deserve to hear it. I hope my review depresses you and on your next album you find your inner darkness. I will listen to it and hope it makes me sad.

this is without a doubt the dumbest review i have ever read.