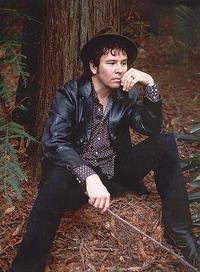 A few weeks ago I went to see She Wants Revenge. It was a decent show but a bit stale because all the songs came from the same album. There was no variation. I turned to my friend, Heather, and said, "These guys need to do a cover." The very next song was a cover of Depeche Mode's "Stripped." A great cover, by the way, that escalated the concert from entertaining to one of the best I've been to in years. Seriously, a song they didn't even write stole the show. Does that mean She Wants Revenge can't make good songs on their own? Absolutely not. What it means is our nostalgia to our past is stronger than our excitement about the present. Cover songs, as frowned upon as they are, tend to be the most popular tracks an artist plays. Why? Because there's dual familiarity there. On one side, you have an artist you're a fan of and on the other side, you have a song, you already know and love. How can the combination of the two be a bad thing? Well, sometimes it can be but most of the times, even a straight-knock-off cover can at least be entertaining.

Enter Grant Lee's new album of 80s cover songs. You all know these songs like the back of your hands (well, not each other's hands). So instead of reviewing the straight-forward acoustic renditions, I'll tell you where these versions would fit in the classic 80s teen cinema.

Mp3s in the Water

1. Last Night I Dreamed Somebody Loved Me