The 11 Most Anticipated Summer Albums of 2012 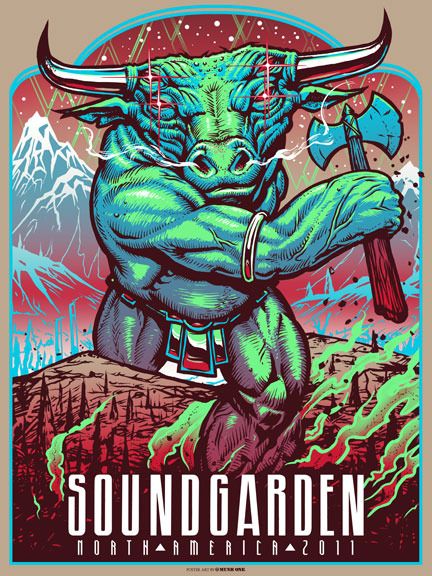 As we move into a new year, one of the strangest pieces of news has been revealed.  Album sales in 2011 actually went up for the first time in almost a decade.  Granted it was mostly due to Adele's incredibly popular album...that still proves that the album as a musical format is still very viable.  And while all the news articles still like to pronounce the death of rock and how pop has taken over...there were still more rock albums in the Billboard 200 than any other genre.  This year, there were 47 rock albums on the list.  Second place went to country with 39 albums.  Pop comes up third with 35 albums.  (I still think Bruno Mars is really rock...but I put him in pop).  Hip-hop/rap is fourth with 26.  What's also interesting to note...rock music is comprised of a lot of different bands while the pop albums were all made by the same handful of artists (Bieber, Swift, Adele, Gaga, Kesha, Selena Gomez).  Good for those artists but you take them out of the equation...and pop doesn't have much going on.

Here are the 11 most anticipate albums of summer 2012:

Posted by acompleteunknown at 2:55 PM

I didn't know if Soundgarden would actually get around to making something, I'm stoked for that & now How to Destroy Angels. I didn't know they were making a full length either. I love that ep.