The 11 Best Songs By Leonard Cohen of the 70s 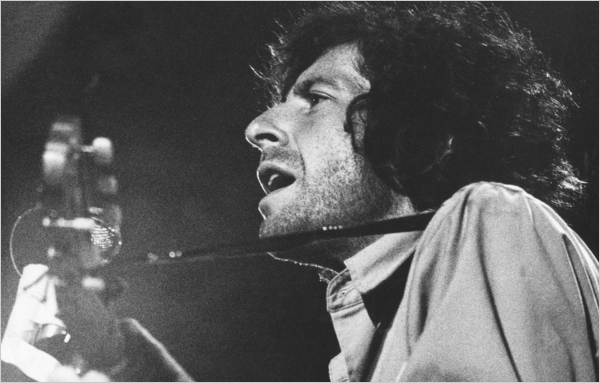 Recently, the hottest music news seems to be dominated by classic artists.  There's Madonna at the Super Bowl.  The Velvet Revolver reunion.  The Van Halen reunion shows and new album.  Bruce Springsteen's got a new album. Ringo Starr and Paul McCartney have new albums.  Will Guns N Roses reunite for the rock n roll hall of fame? and tomorrow is Rush day.  I think there are two reasons why these classic rock artists continue to dominate headlines.  First of all, because they made great music once and continue to the boundaries of music...and secondly because people just like rock music better.

Leonard Cohen has never been the most prolific when it comes to making albums.  Now in his sixth decade of making music...Leonard is only releasing his 12th album.  That's like Ryan Adams' output in a down year.  When he touches down, he makes the loudest lull out there.  With four albums in the 70s, Leo doubled his output in any other decade, which makes it the most fun decade to explore.

Here are the 11 Best Leonard Cohen Songs of the 70s:

I have been listening to Recent Songs alot over the last few days and I had no idea that this album is so great!So i was kind of smiling to myself when I saw that you have 3 songs from that album on your list!I find that the album is slow enough to let your mind capture the imagery.Still listening, while writing this comment.