The 11 Best Songs By The Black Rebel Motorcycle Club 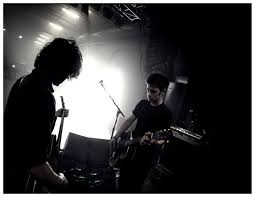 Today begins March Madness...sorta.  A couple years ago, the NCAA thought it would be a great idea to add a couple extra games on the front of the tournament.  They thought it there's nothing bad about "more" March Madness, right?  Wrong.  There's a big problem.  No one cares.  No one watches the first four games.  Two of the games are by 16-seeds...which makes little or no impact on the actual tournament.  The other two are a 13-seed game and a 12-seed game, which could make an impact...but it's only two games.  Therefore, no one counts them.  Everyone waits to fill out their brackets until after those games have been completed.  Basically, they're ignored.  So why have them?  Here's why. Like everything in college sports...it's ruined by the prospect of more money.  College football refuses to have a tournament (which everybody wants) because the Bowl games make so much money.  And College basketball wants to keep their tournament exactly how it is...but adding more games potentially brings in more money.  Instead of protecting the integrity of the sport...they're only thinking about the size of their wallets.  BRMC faced the same situation in their early years.  They could have sold out and gone pop (how many people at their label wanted them to do)...but they kept their integrity and continue to make some of the grittiest and honest rock music out there.  They didn't make the big bucks...but they still make great music.

Here are the 11 Best Songs By the Black Rebel Motorcycle Club:

Posted by acompleteunknown at 11:40 PM