The 11 Best Songs By The Replacements (Twin Tone Years) 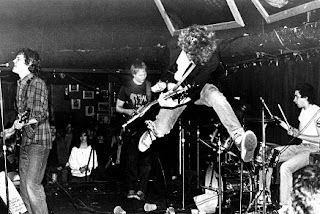 To many Replacements fans there are two versions of the band.  The early version of the band on Twin Tone Records and the later version of the band on Sire.  Some fans love both versions...others abhor the major label version, calling the band sell-outs for cashing in.  In there defense, even if the Twin Tone years were stronger creatively for the band, they were not very lucrative financially.  Bob Stinson had to work part time as a pizza chef and the band covered most of their traveling expenses on the floundering label.  I'm not sure the band wanted to spend the rest of its life eating corn dogs, sleeping on couches and delivering pizza just so you could feel better about yourself liking them.  I've even heard people bashing the reunion EP as being a major letdown.  They reunited to raise money for their guitarist Slim Dunlap who suffered a debilitating stroke and can't pay his medical bills.  How big of a pretentious douche bag do you have to be to hate on that?

Email ThisBlogThis!Share to TwitterShare to FacebookShare to Pinterest
Labels: the Replacements