The 11 Best Songs By Stevie Nicks 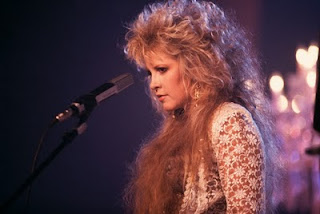 In a recent interview, Jerry Seinfeld compared the show Seinfeld to the Beatles.  Though it’s not a far stretch that his TV show was the medium’s version of the Beatles that wasn't the reason for the comparison.  He said it because both entities left at the peak of their popularities.  That it was better to leave on top, with the audience wanting more than it was to leave on the way down when you’ve been forgotten.  He brought up all the artists like Mark Knopfler who barely play…but when they do, it means something.  I believe that means something.

Stevie Nicks is one of those artists who legendary status isn’t just because of her epic catalogue of fantastic songs from Fleetwood Mac and her solo career, or her elite company of guest stars like Tom Petty, Prince and Layne Staley.  Nicks knows how if you keep a slow and steady pace, it can only amplify what material you do put out.  We, the audience, want her to play more, but she doesn’t…and that makes you love what she does put out even more.  Stevie’s new album is her first new album of original songs in 10 years, and though it was the longest wait for one of her solo albums…many are calling it the best of her career.

Here are the 11 Best Songs By Stevie Nicks:

I can't Wait is my fave, followed by Stop Dragging My Heart Around (w Tom Petty), then Leather and Lace - but awespme list!

So you forgot about her contributions to 'Buckingham Nicks', that fabulous album that put Stevie in public light? I think that both she and Lindsey are awesome on it, and the album deserves recognition from Stevie Nicks fans all over the world.