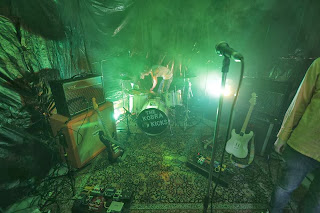 I'm extremely impressed by the amount of great music coming out of Europe.  I guess there's a common universal language about wanting to rock the fuck out.  Up next, let's head over to Finland and discover The Kobra Kicks.

It's a little hard to believe that it's been over a decade since the indie lo-fi fuzzbox of the Strokes shook their way into our world.  It's been so long that the Strokes don't even sound like the Strokes anymore. It's their influence that is now rippling its way into a whole new slate of bands.  Kobra Kicks employ all the best parts of the early 2000s indie rock movement.  From their Tokyo Police Club tongue-in-cheek chatter to their Libertines swagger, Kobra Kicks unleashes slacker party anthem that would be the theme song to the 3:00 AM after party you didn't tell your parents you were going to.  It's fun, catchy and everything that's gets us excited about new music.

They are currently recording their debut album.  When they blow up...remember you heard about them here first.

Posted by acompleteunknown at 10:59 PM