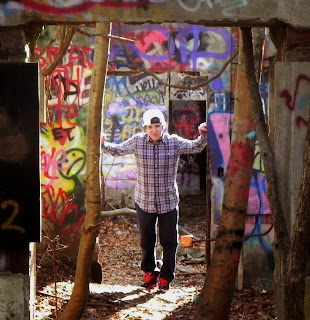 The amazing thing about rap today is the legacy that comes with it.  Last decade, we saw a generation of rappers who were influenced by the originators of the genre.  Today's rappers were born into a world where rap always existed.  It was part of their environment.  It is a part of their culture.  When rap first started, it was the voice of a people who didn't have a voice.  Now, it's an avenue for anyone to be heard.

Mikey J is of this new generation of rapper.  Where the rules and the limitations have been completely torn down and are ready to be reinvented.  With samples straight out of indie rock's back catalog, Mikey J spouts lyrics that flow from his head in such a stream of consciousness fashion, it feels like a best friend pulling you close telling you how it is.  Even the songwriting invokes an entirely new plane of thinking, where it could as easily be right at home next to Mac Miller as it could be next to Mike Shinoda. If hip-hop one day takes over the world, the world will be a better place.

Mikey J will be performing in the tri-state area in 2014.

Check out Mikey J's mixtape:  We Are the Rocket Boys