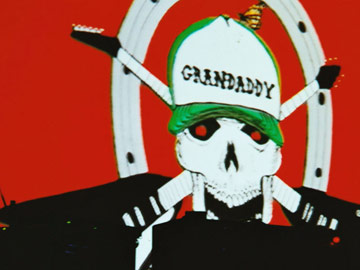 Very seldom do bands announce they are breaking up before releasing a long anticipated album. But then again, Grandaddy was never one to go with the grain. Maybe it's all the pesticides they've inhaled living in the central valley, or maybe they've just tangled their beards together too often, but whatever the cause...the time for the band to go away is now. The spirit that made them darlings of the indie press is long gone. Instead we something of an album of half-finished concepts for songs. They definitely have the Grandaddy sound but none of the direction. You would expect them to go out with a bang, instead the album peters out with more of whimper.

The music is here -